Since graduating from Midland Secondary School, Sarah Burke has been a young woman on the move. One of the elite athletes in the half-pipe event, Burke reached the top of the podium in March 2005 when she captured the Gold Medal at the World Freestyle Ski Championships in Finland.

Being raised in Hillsdale in a family where her parents were avid skiers, it was only a matter of time before she strapped on the boards.

She sharpened her skills by spending countless hours on the hills at the Horseshoe Resort. From there, it was a short jump into the world of mogul skiing – an event that she competed in as a teenager. Looking for more challenges, Burke switched to freestyle skiing, which incorporates the form of alpine skiing with aerial routines.

In a normal competitive year, Burke will be hopping around Finland, Austria, France, Spain and Sweden, before heading back to North America to compete in Whistler, Mont Gabrielle, Quebec and Ottawa, or in the United States in Vail, Colorado and Okemo, Vermont. Her travels have also taken her to Naeba, Japan on several occasions.

It is not uncommon for Sarah to compete in a men’s event as the field and opportunity to compete with women is limited.

Burke’s achievements have been recognized off the slopes as well as she has received the 2001 ESPN Sports and Music Awards for the People’s Choice and Female Skier of the Year; the Big Air Winter X Games (men’s) and US Open (men’s) in Mt. Snow, Vermont (2001), Vail (2002) and Aspen (2002) Colorado; and Red Bull Huckfest, 2001 in Utah

Additionally, she received the Powder Magazine award for being one of the top five best women competitive skiers in 2002.

When Burke isn’t competing on the slopes, she is acting in various ski-oriented movies. In the past, film opportunities have taken her to locations in California, Oregon and her home base of British Columbia. Having been featured in both movies and magazines, Burke’s is a well-known face within the ski world. 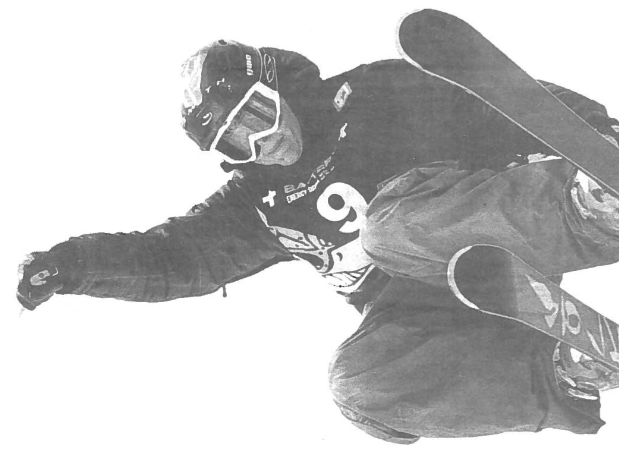