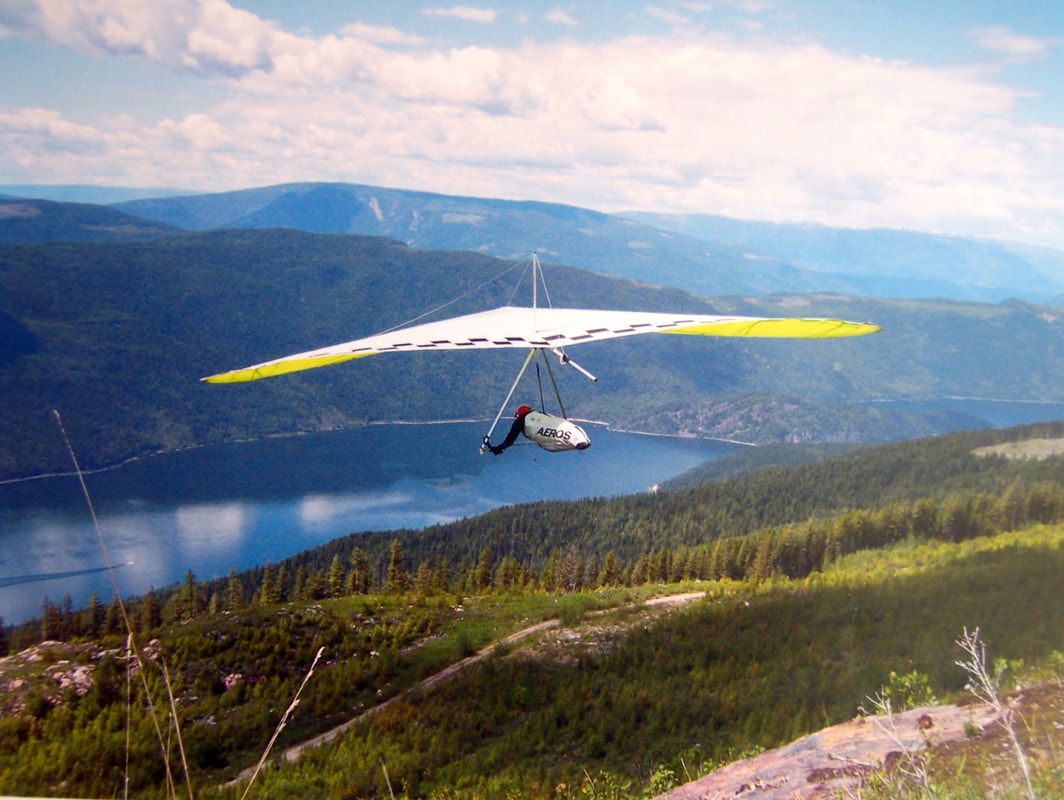 Mark Kowalski began his hang gliding career in 1973 at the age of 21 while travelling through Calgary Alberta. He purchased a glider and took it to Golden, British Columbia and taught himself by setting up the kite and running off a hill! He Survived.

Upon moving to Ontario in 1984 Mark pursued life and his professional career until 1998 when he discovered the High Perspective Hang Gliding training school, where mountains were not required, near Pickering. The hang gliders used a custom hydraulic winch and a long tow line and were pulled into the air gaining thousands of feet of altitude before being released into flight. By 2001 Mark had progressed to a higher performance gliding wing and competed in the Canadian National Hang Gliding Championships in Lumley, BC where he place third in the King-Posted Sport Class.

​The following year he competed again and placed second in the same class. In 2003 he would go onto win the first of three Canadian Championships in the King-Posted Class. He was ranked first place in that class at the Canadian National Hang Gliding Championships again in 2005 in Vernon, BC and again in Golden, BC in 2011 where he was able to log 100 Kilometres of flying in three hours and 51 minutes.

In addition to earning three championships in the King-Posted Class, he earned second place in 2004, 2006 and 2009. Mark is no longer actively flying but in May of 2014 he was proudly awarded the rating of “Hang Gliding Master” by the Board of Directors of the Hang Gliding and Para Gliding Association of Canada in recognition of his outstanding long term service to the sport of hang gliding. The Master rating is only awarded to those
individuals who have contributed significantly to the sport of hang gliding and para gliding in Canada.