Born in Midland, Kerri started her basketball career at the age of 9.  Watching her two older sisters play the game inspired her interest in the sport. In elementary school Kerrie excelled on junior and senior level teams. In grade 9, at Midland Secondary School, Kerri played at the junior level and the following year she became a starter at the senior level. She collected many MVP awards at MSS and in tournament play.

While in high school she also participated in the Ontario Basketball Association as a member of the local Bayport and the Midland Mystics teams. On one occasion Kerrie outscored the entire opposing team. In 2000 her OBA team captured a Provincial Championship. In 2000 and 2001 she was invited as one of the top 50 players in Canada to the Nike All Canada Camp in Waterloo. She made the team that competed in the USA National Championship in Washington DC in 2001.

In her senior year at MSS, over 20 NCAA Colleges and Universities as well as 10 Canadian Universities recruited Kerri. She committed to Wilfred Laurier in Waterloo where she felt her academic and athletic aspirations would be best served. After her second Golden Hawks game she became a starter. The Hawks made two runs at the Canadian Championships. In 2003 they were ranked 8th in the Nation and 10th in 2004. In 2004, Kerri graduated from Laurier with an Honour’s Degree in Kinesiology. 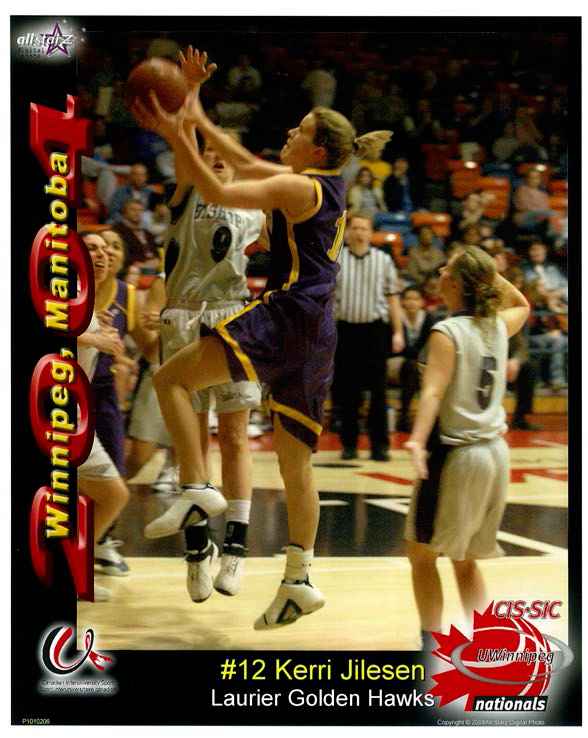 Following her university career, Kerri traveled to Europe and attended an exposure camp where she made the first All-Star Team. This led to a professional career playing for MTSU-Schwabing in Germany, Helios in Switzerland and the STOL-Grasshoppers in the Netherlands. While playing pro ball Kerri also completed her Master’s Degree in Education Science.

Kerri returned to North America in 2009 and continued her professional career with the Toronto Stealth, which played in the Women’s Blue Chips Basketball League in the North Easter US Division.

Following her playing career Kerri continues to be involved in her sport. In 2012, she coached the Kitchener Waterloo Lightning, a Midget OBA Team, to a gold medal in the Division 1 Provincial Championship. For three years Kerri was an Assistant Coach for the Women’s Varsity Team at the University of Guelph and then joined her alma mater also as an Assistant Coach.

In 2013, Kerri once again took to the court as a competitive player and helped Canada earn a gold medal in Torino Italy as a member of Canada’s Team at the Masters level.

Recently, as a teacher at Galt Collegiate, Kerri coached her team to the semis of the CWOSSA Championship.