Highlighting the five-foot seven-inch, 160- pound, left winger’s professional career were the five seasons that he played in the National Hockey League: first with the Pittsburgh Pirates and then with the Chicago Blackhawks.

Ty, and his brother Jack were one of the first brother acts in the NHL, as Jack was with Detroit Cougars and the Toronto Maple Leafs during the same time period.

Ty began his hockey career with the Waubaushene Athletic Club from 1913 to 1915, then was in the military for three years, returning to play, first in Port Arthur, and then for the Midland Aces senior hockey club during the 1919-1920 season.

His best offensive season in professional hockey was 1922-1923 when he collected 27 points in 30 games with Edmonton. He posted a 26-point season the following year. In 1922, Arbour was named to the WCHL Second All-star Team. This was at a time when the Western Canada Hockey League was considered a major hockey league, on, or near par with the NHL.

Numerous times WCHL teams battled NHL teams for the Stanley Cup. Following two seasons with the Vancouver Maroons, also of the WCHL, Arbour made the jump to the National Hockey League. From 1926 to 1928 he played for the Pittsburgh Pirates.

Arbour was traded to Chicago Blackhawks during the 1 92 6-1 927 sea-son and remained with the Blackhawks for three more seasons. During two years of his tenure in Chicago, he served as team captain. In the 209 NHL games that Arbour played over five seasons, he collected 1928 goals and 56 points while racking up 112 penalty minutes.

The International Hockey League was the next stop on Arbour’s hockey career playing the 1931- 1932 season for the Pittsburgh Yellowjackets and the 1932-1933 season with the Buffalo Bisons.

Arbour went west again to the North West Hockey League for the last two stops of his professional hockey career, playing for the 1933-1934 season with the Edmonton Eskimos and the 1934-1935 and 1935-1936 seasons with the Portland Buckaroos. In the late 1930s, Arbour returned to Midland, where he acted as player/coach with the British Consuls team of the Intermediate A League of the Ontario Hockey Association.

As a coach, he guided the Waubaushene Intermediates of the Georgian Bay Rural Hockey League to league titles, while claiming the Ditchburn Trophy as champions. Ernest ‘Ty’ Arbour passed away in 1979. 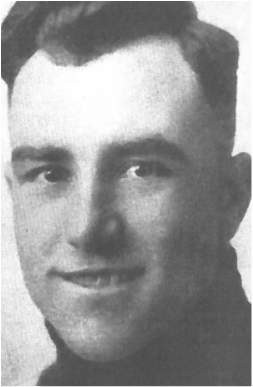