They were a dedicated and hardworking team coached at the time by one of the few woman bench bosses in minor hockey, and made up of some wonderfully skilled 10 year olds who simply loved to play the game. 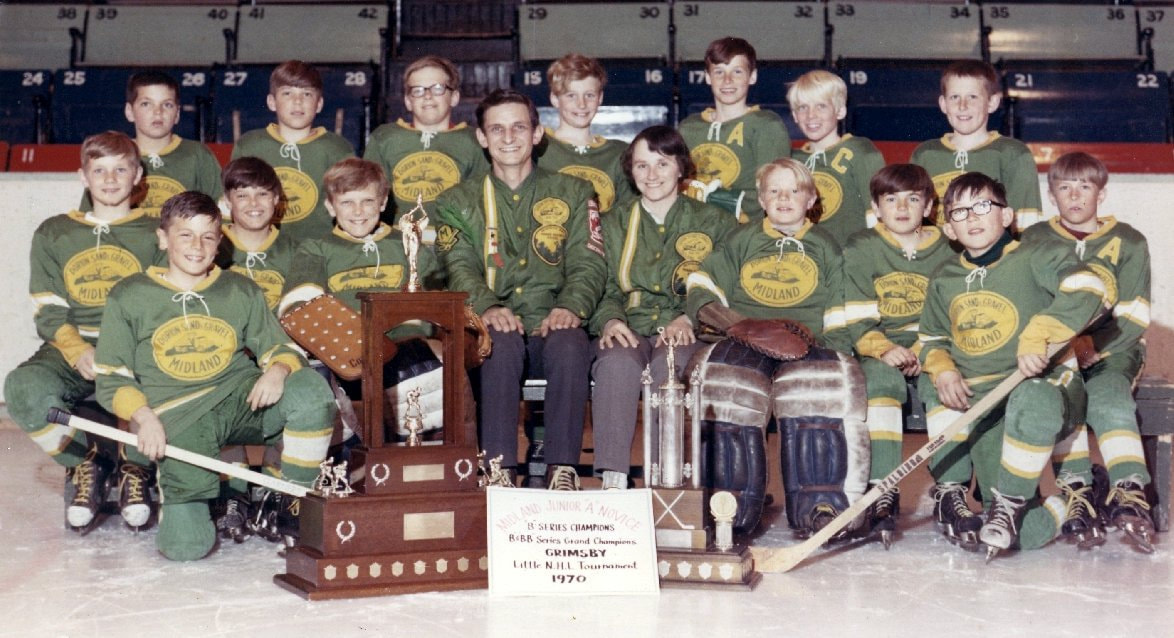 In March of 1970 an excited group of novice aged hockey players from Midland travelled to Grimsby, a small town in the Niagara Region of Southern Ontario to show their stuff at that years Provincial Little NHL Tournament of Champions. They were a dedicated and hardworking team coached at the time by one of the few woman bench bosses in minor hockey, and made up of some wonderfully skilled 10 year olds who simply loved to play the game. Their tournament would end gloriously with an unforgettable on ice comeback. In doing so the Midland Dorion Sand and Gravel Novices bested the unexpected and brought home the Ontario title.

They went all the way down there, playing against teams from across the province and as fate would have it, they ended playing against Penetanguishene in the final game. The rivalry between the two came naturally as both were vibrant sports minded communities, rich in hockey history, and immensely proud in the ability of its own Little NHL system to develop young players. It was a hard fought game with goals being scored for either team by the expected big guns. Nearing the end of the final period Penetang was up 4 to 3 and seemed to have the title in their grasp only to be set back with a Midland goal with 37 seconds remaining in the game.
This propelled the game into overtime when near the five minute mark with the puck in the Penetang zone; a backhand shot from the Midland point drifted in, possibly deflected off a Midland player, and entered the opponents’ net. The mad on ice celebration began. When they returned home the honours started rolling in for the local heroes. This was the first Midland minor hockey team to win a Provincial Little NHL Title since 1959. The biggest thrill for the Midland boys happened again on ice as the team was feted prior to an Intermediate ‘A’ playoff game between Midland and the Collingwood Shipbuilders. The entire team was introduced at the old Midland Arena Gardens where they received a thundering ovation from a packed house. The Town of Midland presented each of the players with a silver medal inscribed with individual players name on the back.