While Ross McConnell is best known as the coach of the 1984-85 Stoneleigh Centennials Junior C hockey team that made it to the Ontario finals, that season was but one pinnacle in a life devoted to sports in Midland and the surrounding area.

McConnell’s lifelong participation in hockey began in Elmvale where he moved through the ranks from referee to referee-in-chief, tournament chairman and, eventually, president of the Minor Hockey Association. Throughout these years in Elmvale Minor Hockey, he also coached at all levels. One of his greatest accomplishments as a coach was when his Pee-Wee team won the North American International Silver Stick Championship in 1977. He also served as a coach and on the executive of the Elmvale Minor Softball Association.

But it was his hockey expertise that earned him a chance to be the head coach of the Midland Centennials, a team that hadn’t yet reached its potential. Only 25, McConnell wasn’t much older than some of his players. In 1985, a local newspaper said, “When Ross McConnell was asked to be the coach three years ago, more than a few people thought he was in over his head.”

Almost immediately, McConnell proved those doubters wrong as the Cents finished fourth in the league in his first year at the helm, second the next year, and then swept through the playoffs on their way to the provincial finals in his third year.

He moved on to coach the Orillia Travelways Junior B team for a year before returning to Midland’s Jr. C team from 1988-1992. After a few years of coaching minor hockey in Midland, he was asked to coach the Penetang Kings Junior C team, which he did from 1997-2000. He then once again turned his attention and talent to the Midland Minor Hockey Association as a coach and also serving on the executive and as president.

McConnell also joined the executive of the Midland Silver Stick Committee and has served as its tournament director since 2000.

“The greatest thing for me was all the people I met and dealt with through the years,” Mc-Connell says. “We might not have won a lot of championships through the years, but to see the accomplishments of the kids, to see them try their best, and be better people for it, that was the biggest pleasure of all.” 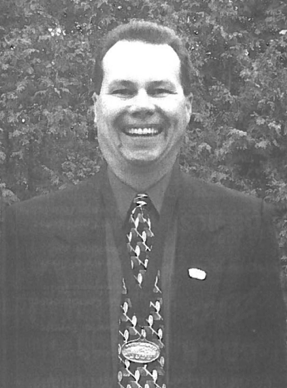