For Ron Sauvé, hockey in Midland was a passion. In nominating her father, Judy (Sauvé) Larmand said, “his tireless efforts kept hockey not just alive, but thriving, in Midland.” From 1967 through 1971, Sauvé was the President of the Intermediate OHA “B” Mid-land Flyers. In 1968-69, they won the Georgian Bay, Northern Ontario and Eastern Ontario titles and went to the all-Ontario finals. In 1969, 1970 and 1971, the Flyers were finalists in the 12-team Intermediate “B” circuit. In 1970, the team was also entered in a Senior “B” division and won the championship.

“The old Midland Arena Gardens was always full to the rafters,” Judy Larmand says, “thanks in no small part to Ron. They had a booster group that travelled by bus with them to all out-of-town games where the Flyers always had their own cheering section.”

In 1972, the Flyers moved to Junior “B” and recruited young players from Midland and Penetanguishene, thus giving promising minor hockey players a dream to shoot for. Sauvé was president of the team from 1972 to 1977 and several players from that era went on to play in the majors, including some who went to the NHL (Wayne King).

But Sauvé’s efforts went beyond the con-fines of the arena. On many occasions, it was his fund-raising that staved off bankruptcy and his management decisions that kept the team successful.

In addition to hockey, Sauvé had a soft spot for young people, a quality that led Buzz Deschamps to approach him to become the first president of the Bunn’s Kids charitable organization dedicated to raising money so that less privileged children could participate in sports.

“Ron Sauvé was a very selfless and dedicated man,” his daughter says. “He affected so many young lives in the work he did. Because of his devotion, many people who wouldn’t otherwise have had the opportunity to play that level of hockey were able to achieve their goal.” 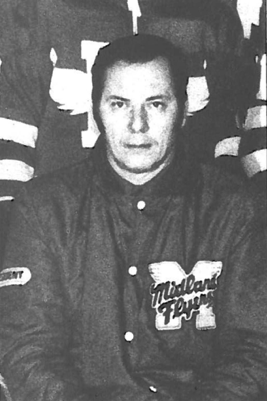