But for all his coaching expertise and success, Bob Armstrong is truly remarkable as a builder of exceptional basketball programs over more than 25 years in Midland. By building these programs and by giving an outlet to students who otherwise might not have been so challenged and rewarded, Bob made an indelible and positive impact on Midland for generations.

At Bayview Elementary School in the 1970s, Bob took students at this new school and turned them into cohesive, dominant basketball teams who won three straight area championships. Many of these players went on to star at local high schools, demonstrating strong fundamentals and a desire to win, hallmarks of Bob’s coaching principles.

At Regent Public School in 1980, he focused on building a girls’ basketball program, despite the fact there was no gymnasium in the school at that time. By concentrating on teamwork and defense, he built teams that in his fourth and fifth years at the school did not lose a game on their way to two county championships. Several of these girls continued onto secondary school where they formed the core of a team that went undefeated for three years. In 1991, at Regent, he again developed a dominant girls’s quad that won area championships and two consecutive county bronze medals.

In addition to these accomplishments, Bob was the first recipient of the Len Self Youth Challenge Trust Trophy as coach of the year in 1995, and received a Canadian Celebration 88 Certificate of Merit in 1988.

Although Bob retired from teaching in 1995, he continues to coach and develop sports programs. He is head coach at the Midland Lawn Bowling Club. 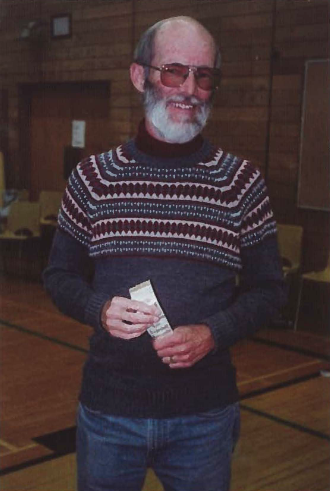