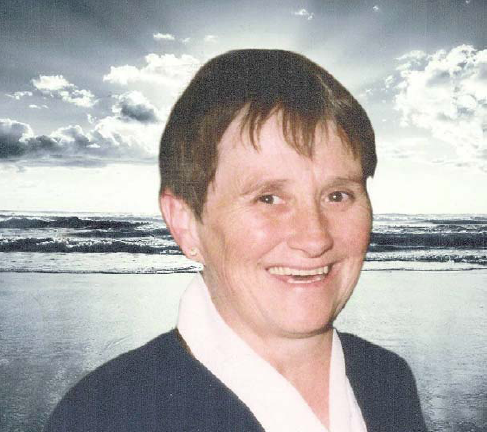 Andrea Deschamps’ life in sports clearly meets the criteria for being inducted into the Midland Sports Hall of Fame in the Builder category. Her work as a coach in both hockey and softball spanned many years and she achieved a high degree of success in her coaching efforts.

Andrea was born in Midland in 1949 and was destined to spend a lifetime in sports. Her dad, Bernard “Bunn” Deschamps played both hockey and baseball and when his playing days were over he coached and taught sports for many years. Bunn was inducted into the Midland Sports Hall of Fame as a Builder in 1998. Her brother Bernard “Buzz” was a noted hockey player whose career saw him play in the Ontario, International, Eastern, and American Hockey Leagues as well as the World Hockey Association. Buzz was inducted into Midland’s Sports Hall of Fame as an Athlete in 2002.

On the ice, Andrea was both a player and a coach. When Andrea was 12 years of age hockey for girls was not regularly available so she played goaltender on a number of boys’ hockey teams. She earned Top Goaltender awards at tournaments in Midland in 1963 and in both Parry Sound and Cannington in 1966. Andrea’s playing career spanned 33 years; from age 12 to age 45.

As a coach, Andrea led a local novice boys hockey team to an all Ontario Championship in 1969. She was named Coach of the Year for House League by the Midland Minor Hockey Association in 1982. In 1992 the Midland Penetanguishene Ladies’ Hockey League also awarded her Coach of the Year honours. Two of her hockey players achieved international success in other sports: Brian Orser in figure skating and Angela Schmidt Foster in cross country skiing. Both of them have been inducted into the Midland’s Sports Hall of Fame.

On the diamond, Andrea coached the Penetanguishene Ladies Softball Team to a championship in 1993.

The Deschamps family legacy of giving to the community lives on in the Bunn’s Kids organization. Founded by Andrea and her brother Buzz and with the help of many local residents the organization has raised tens of thousands of dollars to assist underprivileged youngsters play sports.