Frank Swales was active in hockey and lacrosse for more than 20 years. His career went from minor house leagues to the glitter of the National Hockey League. From 1935 to 1938, Frank was a member of the Midland Midget All-Ontario champion hockey team. As a result, at the age of 15, he was selected by de LaSalle Prep School in Toronto to receive a one-year hockey scholarship. The following year, he played for the Falconbridge Jr. “A” provincial championship team. In 1941, he moved on to the Intermediate “A” Guelph Biltmores who lost in the provincial finals to Oshawa. Both he and his defence partner, Leo Reise, were drafted by the NHL. Frank was headed for the Chicago Black Hawks when he left to serve his country in the Second World War. After the war, he signed on with the semi-pro Seattle Ironmen, but returned to Midland following the sudden death of his father to care for his mother and siblings. He continued to play for the acclaimed Midland Flyers until 1952. 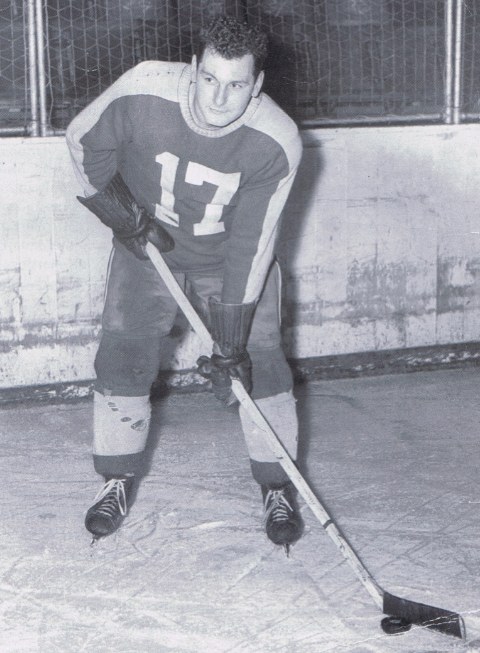