For more than three decades, Dr. Charles Talbot made it his mission that any youngster who wanted to play sports, particularly baseball and hockey, would have the opportunity to do so. In hockey, he served on the Midland Minor Hockey Association, and was the team doctor for the Midland Flyers in the mid-1960s. He created a minor hockey league, played at the Midland Arena, for Port McNicoll boys. But his lasting contribution was to pay for summer hockey for promising kids who didn’t have the money, even purchasing their equipment in some cases. He made the same effort in baseball, assisting less affluent players, buying uniforms and purchasing trophies. He was instrumental in the creation of a ball diamond in Port McNicoll which is now known as Talbot Park. The Port McNicoll Lions Club dedicated Talbot Park to commemorate his selfless dedication to ensuring that sports would be accessible to anyone who had the desire. In nominating Dr. Talbot, Hugh Gair wrote: “He didn’t want recognition of anything he did. He did it because of his love for sports and because he thought that everyone should be able to participate. Money should not stop the desire to accomplish a goal.” What better definition is there of a builder of sport? 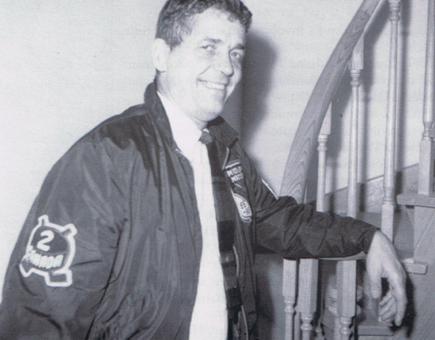