Rev. Len Self pursued careers in politics and the church, but his real love was sports and young people. He managed to mesh all of his callings while providing the youth of Midland with the opportunities to enrich their lives by playing sports. Len was born in Vancouver and then grew up in Toronto before the Presbyterian church called him to Midland in 1950. Before moving to Midland he had become friends with Gordon Alcott, the founder of the Little NHL hockey program. Len initiated that program into Midland in 1951. “He wanted to get more young people into his church. He thought that if he started hockey for them, the kids might be more likely to come out to church.” recalled his daughter Penelope recently. Mr. Self was involved with the Midland Little NHL from its inception in 1951 until 1966 when he moved back to the Toronto area of East York. While in Midland he was elected as Mayor, Reeve, and became a trustee in East York. He always felt the need to contribute to the community in which he lived. His work in sports in Midland came as a natural progression. Len Self was a top athlete in his own right, playing basketball, hockey and soccer at the university level. While attending to the needs of Midland’s youth, he never lost sight of his family obligations. He and his wife Joanie had three children, Penelope, Kennedy and Tanya. “I remember he was very devoted to his family always,” said Penelope. “I know he taught me how to play hockey. He always made a rink in our back yard on Fifth Street Self Coach and the kids would all come over to play hockey and skate. He always seemed to have time and energy for everyone.” Len also was involved with Midland Little League baseball which he started as well. Chester Graham recalled how every Saturday, baseball went on because of Mr. Self’s involvement. “He would have all this equipment, bats, balls, bases, catching gear, in the trunk of his car. He’d go around to all the diamonds where the games were going to be played and drop it off every Saturday morning,” remembered Graham. “Then after the games, he’d go around and pick up the gear.” Len Self lived his life giving to the sports he loved and to the young people he so valued. He passed away in 1994 but his legacy of sports and kindness carries on. In 1994, the Town of Midland named the roadway leading to the Midland Centennial Arena after him. His family has also started the Len Self Foundation which works to help raise funds to make sports and recreational facilities available to many people. There is also the Len of the Year Award, saluting elementary and secondary school coaches. Perhaps, in looking back at Mr. Self’s commitment to Midland’s sports scene, it can be said that he may have been inappropriately named. There was very little “self” in Len Self. 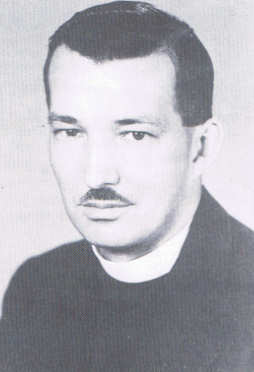