Corey Osborne cherishes not only the memory of his performances at the Pan American Games, but also a letter he received from the Canadian Olympic Committee following the event.

“You have demonstrated the power of hard work and determination in striving towards your goals, and we believe that you have inspired young athletes to follow your example,” the letter says.

There is no question that Osborne exemplified those at-tributes during his competitive racquetball career that saw him win not only the doubles bronze in the Dominican Republic with partner Francois Viens in 2003, but a silver in singles at the following year’s Pan Am Games in Ecuador. In 2005, Osborne would again take the podium, this time in Venezuela for a bronze in singles. Osborne’s success on the world stage came as little surprise for those who had followed his career from the time he placed second in singles at the 1988 Junior Nationals for players 18 and under.

From 1997 through 2006, he won seven Ontario titles for singles. In addition to his Pan Am and provincial successes, he also claimed the doubles gold and singles silver at the 2003 national championships, and in 2005, he won the singles and placed third in doubles. Those finishes saw him ranked ninth in the world at the time. Osborne’s success came from a rare combination of strength, agility, foot speed and, as one sportswriter put it, “probably the softest hands of any Canadian men’s player.” Aside from racquetball, Osborne, who still lives in the area, loves helping young people, including teaching them the high-speed, high-skill game. 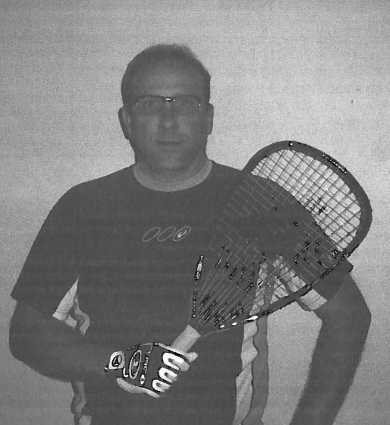