Christian (Chris) Wright was born and raised in Midland. From an early age, he developed a keen interest in athletics and participated in a variety of sports at the community level and at school. His parents registered him with Midland’s Little NHL as early as the rules would allow, and thus began his lifelong passion for hockey. From Timmy Tyke to juvenile, Chris developed into a fine player under the auspices of the Midland Little NHL. He participated in the rep teams at each level under the guidance of fine coaches and other mentors.

In the off-season, Chris played softball and lacrosse. A strong runner, he won several awards for track events at both the elementary and secondary school levels. He also played football at Midland Secondary School.

Upon graduation from MSS, Chris signed with the Barrie Colts of the Central Junior B Hockey League where he played from 1978 to 1980. Known for his wicked slapshot and skating speed, he was scouted by several U.S. colleges, and ultimately accepted a scholarship to the University of Massachusetts Lowell. With Chris at left wing, the Lowell Chiefs won two NCAA Division ll championships (1981 and 1982) during his four years there.

After university, Chris went into marketing and sales but returned to Midland for several years, participating in recreational hockey, ball hockey, golf and lacrosse. Although his business interests necessitated a move out of Huronia, he remains a member of the Midland Golf and Country Club and is an avid boater in the area. 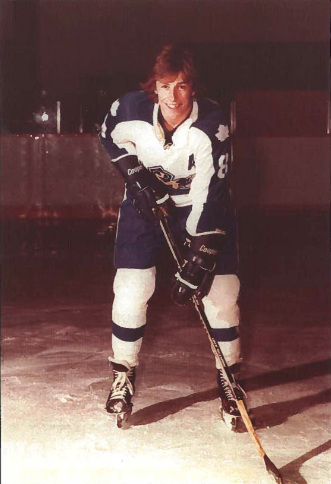