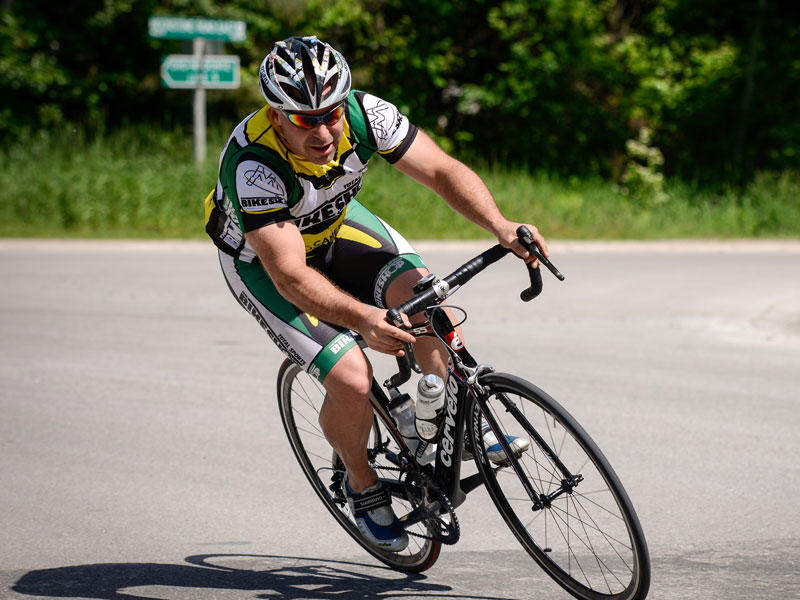 “What I do is help people” – There is no better way to describe Tim Bourrie.

Growing up in Midland, Tim was a competitive swimmer.  He went on to compete in Iron Men, Mountain Biking, Road Cycling, Nordic skiing, CrossFit and Adventure Racing.  However, it is his coaching, organizing and volunteering that sets him apart.

The breadth and depth of Tim’s support of sport in Midland has been extraordinary.   Since 2000, Tim has been active in the local bike scene.  Spending hundreds of hours building and maintaining trails at both Mountain View and the Simcoe County forest off Golf Link Road. Tim helped organize a Saturday morning road riding group and ran the first local cyclocross race in 2011.  He was a volunteer when Mountain View hosted an Ontario Cup race and has been a volunteer with the Silver Goose cyclocross race, helping it grow into an international event.

Since 2003, Tim has been at the heart of the local nordic ski & biathlon program.  He is a volunteer at nearly every local ski race, working from set up to tear down.  In 2006, he started as an assistant coach and has grown into a primary coach for club and high school athletes.  Tim had an active role in the 2010 OFSAA championships.

He also founded and continues to coach a Mountain View biathlon team.  In 2006, Tim began volunteering with the Huronia Triathlon; in 2008 he took over the event and formed a committee to move the event into Penetanguishene (Midland location was under construction).

From 2008-2011 he ran the swim portion of the event which was later taken over by MultiSport Canada.  From 2007 to 2011 Tim was the swim coach for the triathlon club and continued coaching high school swimmers until 2015. From 2008 to 2010 Tim was a volunteered for the Huronia Half Marathon.

In 2012 Tim become interested in functional fitness.  He constructed an outdoor fitness playground at Mountain View in 2013 and hosted the first “Outside the Box” competition which continues today as a fundraiser for high school athletes.  Tim has become a Level 2 CrossFit coach and in 2016 he founded a not for profit CrossFit affiliate at GBDSS.  Tim has been a judge at two Eastern Canada regionals and head judge at many local events.

Tim developed and still runs the Fundamentals program at The Garage Cross-training Compound where he instructs classes and does personal training.  It is difficult to imagine the number of events that exist and have been made better because of Tim. He is driven by a passion to help others and a thirst for knowledge.

Experience, enthusiasm, humour and work ethic make him a great coach and first contact for those in the endurance sport and CrossFit communities. 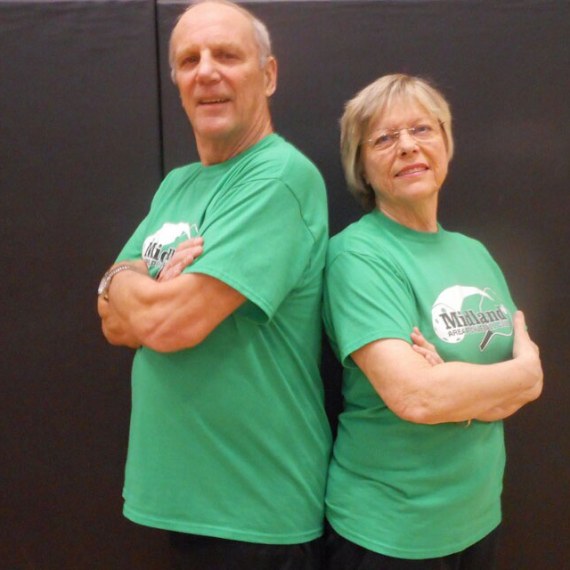 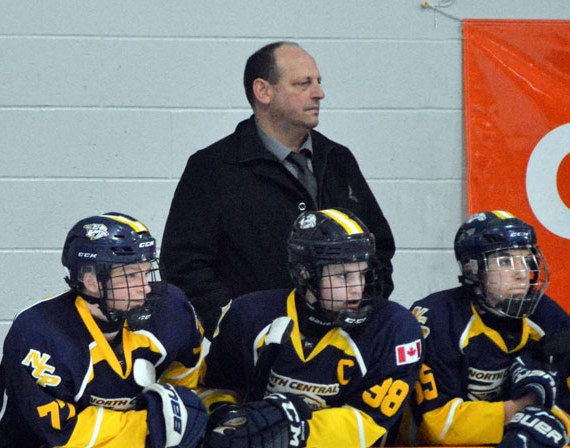