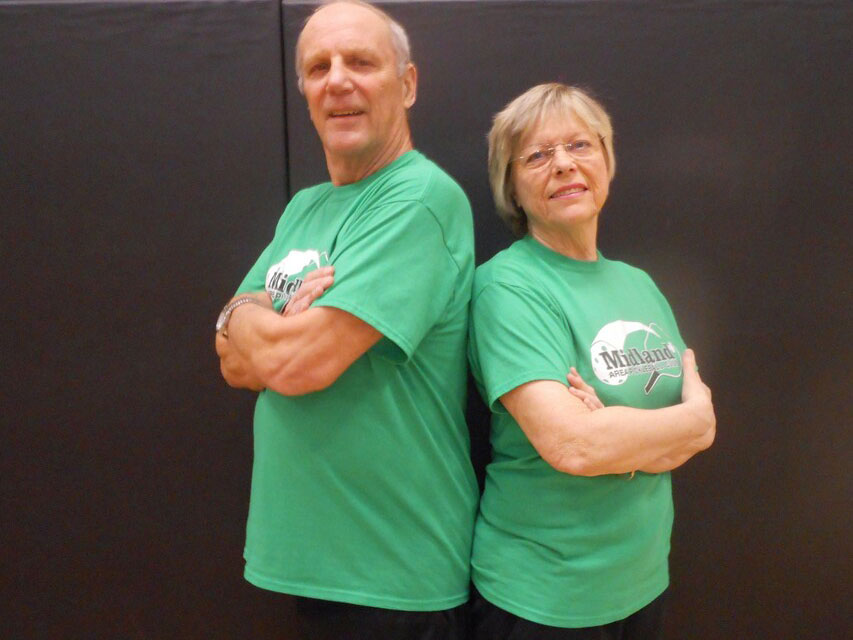 Together, Garry and Helen founded the Midland Area Pickleball Club (MAP) dedicated to the growth of the sport for players of all ages and abilities. As demand grew, they were able to acquire the use of facilities at the YMCA and Tay Shores Public School using these courts four evenings a week.

In 2015 the demand for places to play Pickleball continued to rise. Helen and Garry decided it was time for Midland to have outdoor courts. Garry started a campaign to raise interest and get town approvals while Helen devoted her time to the design and cost of turning one of the tennis courts in Tiffin Park into four state-of-the-art Pickleball courts. After months of negotiations and fundraising $17,000, the project commenced in the Spring of 2015 and was completed in August 2016. They further helped to secure Penetanguishene Council approval for dedicated outdoor Pickleball courts at McGuire Park.

Throughout this growth phase, Helen and Garry have offered training, set up clinics and run tournaments to help fuel the sport and encourage players of all ages and skills to be active. They keep over 200 members in contact via a monthly newsletter.

They have been Ontario 55+ Seniors’ Regional Games executives, conveners at the Askennonia Centre and four evenings a week at Tay Shores and NSRRC. They have introduced Pickleball at Waypoint where it is still played by staff and patients. Besides being competitive players, their
advocacy extends to articles in Pickleball Canada, Focus 55+ Magazine, Springwater News, snapd Midland Penetang and the Midland Mirror.

Garry’s and Helen’s vision of Pickleball in Midland and Simcoe County continues to evolve with advocacy concerning benefits to those experiencing chronic health issues and to establish a dedicated indoor facility providing up to 12 courts.