Bob Clayton began his prolific athlete career in several fields which included basketball, gymnastics, hockey and football.  He also excelled in music and academics.   He was outstanding in all of these fields, winning awards both individually as well as collectively or being on winning teams.

Bob participated in the local Y’s Men’s Music Festival winning several awards for his mellifluous voice. He also excelled in the local Cub organization being the Youngest Cub in Southern Georgian Bay to win the First Star. He continued his Cub involvement by winning the Team Player Badge and in 1957 being the only Cub to receive the Athletic Award.

In addition to the foregoing, Bob’s sports career began in the fifties where he was a member of the Little NHL hockey organization, the local YMCA, and the Cubs while attending Regent Public School. In 1956 and ‘57, Bob was the winner of the G.M. Graham Trophy as their Juvenile team brought the provincial Junior O.H.A Section Faustina Trophy home after an 18 year drought.  In 1959 his hockey team sponsored by the Midland Lions in Midland’s Little NHL (A.H.L. Section) won the E.H.Walker and Pillsbury Trophy champs and were Provincial Champions.

When Bob entered Queens University his athletic prowess continued to shine with his winning the Intercollegiate Alfie Pearce Trophy. He was also named the Undergraduate Athlete of the Year.  In hockey he won the Rookie of the Year for the 1966/67 season and the following year he was recognized as the Most Valuable Player on the squad for the 1968 season.  Through to 1973, Bob played for the Kingston Aces of the Ontario Hockey Association, Senior ‘A’, with a total point accumulation that ranks him 5th All Time Scoring Leader in the history of the Aces. In 1970 Bob was invited to the NHL’s Oakland Seals training camp.  He was shipped to their farm team, the Des Moines Oak Leafs and subsequently returned to Kingston. In 1973 the Aces folded and Bob returned to Queens University where he once again led the team in goals and assists. Upon graduation Bob played two years for the Orillia Terriers Senior ‘A’ of the OHA.  In his final season he was Captain of the Intermediate ‘A’ Ontario Champions Dundas Merchants.

Bob went on to have a successful career in law. 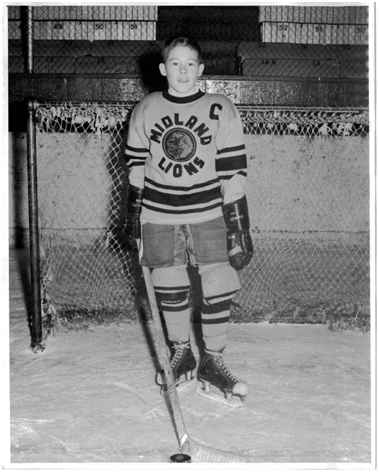