Paul Cox was an outstanding high-school athlete in track and field and volleyball at St. Theresa’s. He established a lengthy list of records in high jumping in the Georgian Bay area, and won a bronze medal in the senior boys’ OFSSA competition in 1982. He was the leader of the St. Theresa’s senior boys’ volleyball team, that won back-to-back OFSSA gold medals in 1979 and 1980. Paul continued that success throughout his years at the University of Toronto, where he played on the varsity volleyball team from 1982 through 1987. He was an OUAA all star in each of those years, and a CIAU all star in 1986 and ’87. For his final two years at U of T, he captained the squad which won OUAA gold in 1982-83, 1984-85, and 1986-87. The team won bronze at the CIAU championships in 1984-85. But graduation from university did not signal the end of his volleyball career. Paul went on to play beach volleyball at the national and international levels, making the national finals in 1989, ’90 and ’91. In 1993, he and his partner won the Pro Beach Jose Cuervo Championship. He represented Canada in international competition in Mexico in 1992 and in Brazil in 1995. 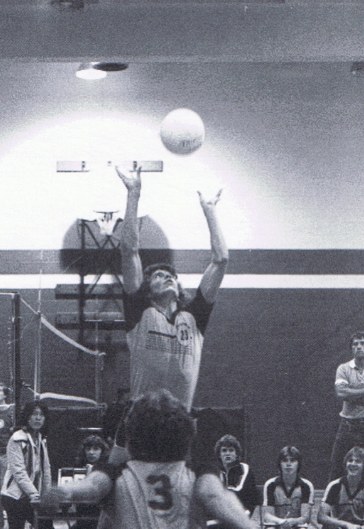