Much like his twin brother Brent, Kevin Lunnie developed a passion for sports at an early age. Cross-country running was one of the first sports he was introduced to as a student at Parkview Public School in Midland. He would log hours running trails in and around the Midland area, eventually becoming one of the top elementary school runners in the region.

Between 1993-1997, he suited up with the Whitby Warriors of the Ontario Lacrosse Association Junior A League, helping guide the team to an appearance in the Ontario finals in 1996. In 1994, Kevin was named the winner of the Miller Trophy as the rookie of the year with the Warriors. In 1997, the Warriors won the Ontario Championship and later the Canadian Minto Cup Championship with Kevin scoring in overtime to win.

Also in 1997, Kevin was named the co-winner of the Glen Sheffield Memorial Trophy, along with his brother, Brent for team dedication and ability. That season Kevin finished third in team scoring and 17th overall in the league.

Between 1993-1995, Kevin also played with the Oshawa Blue Knights Field Lacrosse Club, helping guide the team to three-straight Junior Men’s Canadian titles. He then played one season with the St. Catharine’s Athletics, before moving on to play senior lacrosse with the Brampton Excelsiors for the 1999 to 2002 seasons.

In 1999 and, in 2002, he Championship tea Lunnie was he finished second in team scoring and in 2002 was part of a Mann Cup National team. Lunnie was co-captain of the Queen’s University men’s field lacrosse team from 1995 to1999 and, from 2001-2003, played as a professional in the National Lacrosse League with teams from Albany, Columbus, New York and Ottawa.

As a member of the Peterborough Lakers in 2003, Lunnie helped lead the team to a berth in the Ontario finals and, in 2004, another Mann Cup National Championship. Through all of this, he and his brother found time to coach the Midland TMR Transmission Braves to the Provincial
C Division Championship title in 1998.

In recognition of his achievements, he was co-recipient of the Zone 4 Coach of the Year Award. 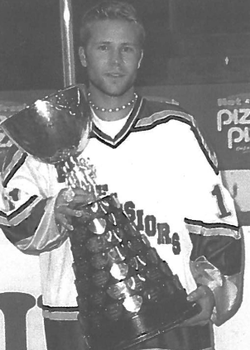 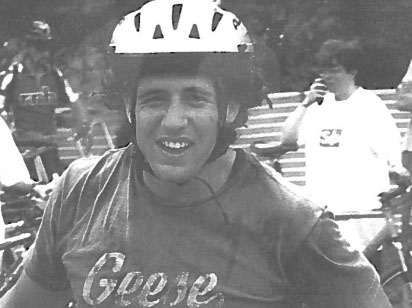