While Patti (Cox) Pumputis is being inducted into the Midland Sports Hall of Fame for her athletic excellence, those who know her say her greatest contribution might have been less tangible. Through her example, she inspired her teammates at every level to new levels of achievement. She led the St. Theresa’s senior girls’ volleyball team to the GBSSA championship in 1980 and 1982, the same year the team captured OFSSA bronze. The team made the finals of the Ontario Catholic girls’ championship in 1980 and 1981, winning the title in 1982. Patti was outstanding in track and field, as well, including the OFSSA level. In all, she has held up to 20 school, zone and GBSSA records. Twenty years late, she still retains no less than eight records at St. Theresa’s. While attending McMaster University in Hamilton, Patti was named the most valuable contributor to the women’s volleyball team and received two athlete of the week awards. In 1984-85, she was named to the OWIAA second all-star team, and was an OWIAA West Division all-star the following season. In 1986-87 her team won the OWIAA bronze medal. 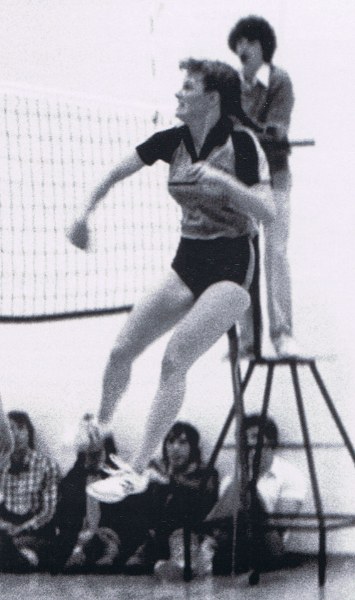