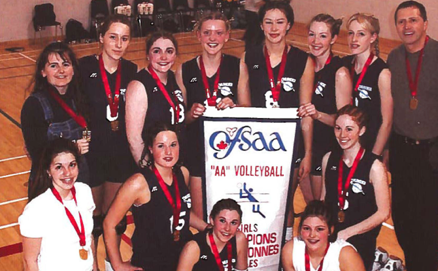 The St. Theresa’s High School 2001- 2002 Athletic Year in Review said it best of a senior girls’ volleyball team that was all but unstoppable.

“These tremendous accomplishments were the result of their sense of teamwork and confidence in each other. As a result of their composure under pressure, many times the Thunder rallied and overcame seemingly impossible situations. They also earned the respect of their competition for the tremendous teamwork, perseverance and sportsmanship they displayed on the court. Most important, they distinguished themselves with the spirit of fun and joy in which they played the game.”

That spirit was reinforced by the talent, hard work and discipline that earned them championships that season in the University of Guelph Invitational, the Ontario Catholic Girls Invitational, the Georgian Bay Secondary Schools Association and the Ontario Federation of Schools Athletic Associations. In addition, they were silver medalists at invitational tournaments at Ryerson and McMaster universities.

On their way to OFSAA, the Thunder won their second consecutive GBSSA title over the hometown Collingwood team after sweeping all three round-robin matches. In the OFSAA”AA” championship in Haliburton, St. Theresa’s was seeded second behind perennial powerhouse Chatham-Kent. But the only numbers that mattered were the final scores, and it was the Thunder who won out by a narrow margin, 25-23, 25-21 and 25-23.

“But getting to the finals did not come easily for the Thunder,” wrote Midland Free Press sports editor Brad Lyon. “They faced elimination in the quarter-finals and in pool play faced a potential quarter-final match-up with Chatham-Kent after losing the first game of each match.”

But they avoided elimination and, if anything, facing adversity strengthened their resolve. “After that, we started firing on all cylinders,” said head coach Rick Presse.

No question that the 2001-2002 St. Theresa’s Thunder senior girls’ volleyball team was one well-oiled machine.
Midland Sports Hall of Fame, 2010-21 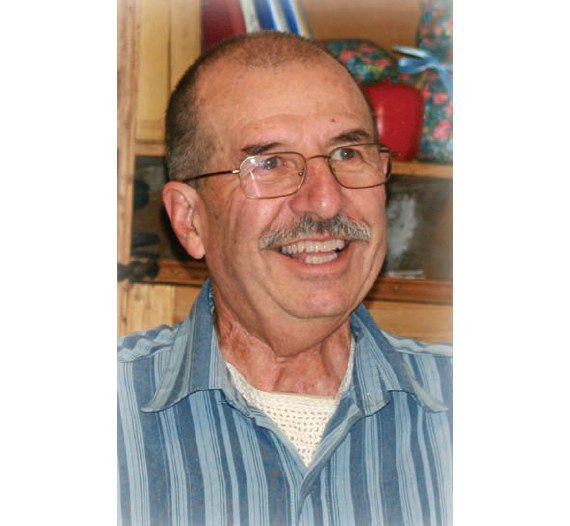 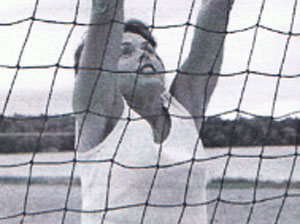