Mary Pat Quilty’s motto may be “Lead by example.” Not content to simply play sports at a high level, she captained winning volleyball teams at both the high school and university levels.

Now a successful golf professional, she shares her expertise as the teaching professional at Horseshoe Resort near Craighurst, Ont.

Already a noted young athlete, Mary Pat gave notice of her potential shortly after arriving at St. Theresa’s High School where, as a Grade 10 student, she was selected for the senior volleyball team. She played the game for five years at St. Theresa’s, where the team won the Ontario Catholic Girls’ Championship and OFSSA bronze in 1981-82.

The all-round athlete also competed in badminton, track and field, cross-country running and golf in high school, finishing second in the GBSSA golf championship in 1981.

As two-time captain of the University of Toronto volleyball team, she was the starting setter for all four years, 1982-1986, and was named an OUAA all-star twice.

On the links, Mary Pat was a three-time member of the junior interprovincial team and Huronia District champion in 1981-82. After playing in many amateur tournaments, including the Canadian Amateur Championship, she turned professional in 1989. She played six years on the Futures Tour in the United States, which is the developmental tour for the LPGA, as well as stints on the Asian, Canadian and Australian tours.

This summer, after she had already been accepted into the Midland Sports Hall of Fame, Mary Pat proved that her best years are not behind her. She handily won the Ontario Professional Golfers’ Association women’s championship, defeating the best female pros in the province. 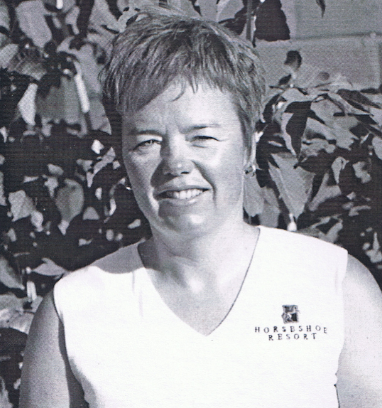