Unfortunately, most of the documentation of most of John (Jake) Hendrickson’s sporting achievements has been lost or destroyed over the years. But what is not lost is the memory of his superb athleticism. For proof of this, we need go no further than the words of two members of the Midland Sports Hall of Fame.

In nominating Hendrickson, Fred Rutherford recalled talking to the late Bunn Deschamps, a Hall of Famer who had coached Hendrickson in baseball. “He would tell anyone he spoke to that Jack Hendrickson was the finest all-round athlete he had ever seen.”

In a column following his own induction, fellow Hall of Famer Charlie Noquet wrote that Hendrickson was the best all-round athlete he had seen in 60 years of sportswriting.

Born in Kingston, Ont., in 1936, Hendrickson was a 5-foot-II, 175-pound defenceman who played on the Midland Red Wings Ontario Hockey Association Junior C championship team in the 1953-’54 season.

The following year, he moved up to the OHA Junior A Hamilton Tiger Cubs, where he played for three sea- sons before three years in the American Hockey League with the Springfield Indians and the Hershey Bears.

From 1967 through 1971, he playing in the International Hockey League with Port Huron, Des Moines, and Fort Wayne, and Long Island of the Eastern Hockey League.

But the highlight of this nomadic hockey life was the three seasons that he got into the lineup of the Detroit Red Wings of the National Hockey League, a then six-team league, playing a total of five games in the 1957-’58, 58-’59, and 61-’62 seasons.

While his hockey record is impressive, Hendrickson will be remembered forever in this area for his outstand- ing performances with many Midland Indians baseball teams. However, like his record-setting high-school track and field marks, any stories of his baseball prowess have been misplaced or destroyed. 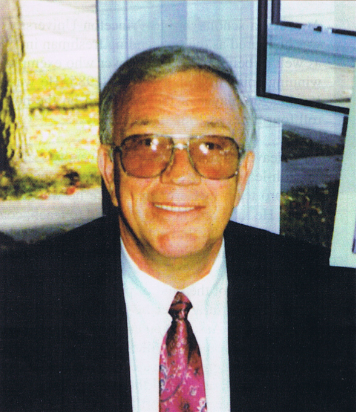