Whether as a player, scout, or politician, the love of sports was Herb Beauchamp’s driving force. Born in Michigan, Herb immigrated here as a young man and soon made his mark in business, succeeding despite the Great Depression. His talents as a baseball pitcher were widely recognized. Dropping into the New York Giants’ Florida training camp in an effort to get his son Jack a pitching tryout in 1951, led to Herb becoming a local scout for the major-league baseball team. Two of his prized proteges were Phil (Babe) Marchildon and Coed Dyment. Herb managed the Penetang Lions’ Club baseball team and following Jack’s return from the majors, the Midland Indians. Herb began his political career as commissioner of the Midland Parks Board in 1948, moving on to Reeve of Midland, and was instrumental in building and promoting recreational services. In 1967, he was recognized for raising more than $300,000 for the new YMCA swimming pool program. As the mayor of Midland from 1963 to 1968, he also championed recreation and sports, leading the drive to turn the old town dump into what is now Tiffin Park. During that time lights were also installed at Little Lake Park diamond . This diamond officially became Herb Beauchamp Ball Diamond in 1986. The recitation of mere facts and figures cannot do justice to the lifetime of contributions Herb Beauchamp made to the sports scene in Midland. 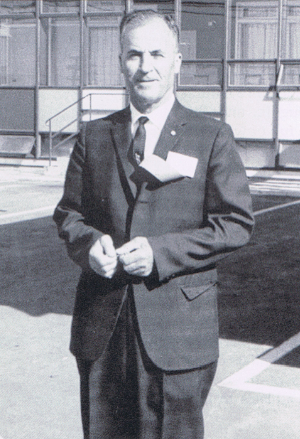