Fierce competitor in lacrosse and hockey

Eddie Bolan was a fiery competitor who hated to lose, regardless of whether he was playing hockey or lacrosse. That temperament helped him excel to the extent that he won a Canadian Lacrosse Association Mann Cup Championship with the Hamilton Tigers in 1956 and was the player-coach of the Marathon Mercuries who won the Canadian Intermediate Hockey Championship. Even in his later hockey days, he still was a winner. As a member of the 1975 Sudbury Oldtimers, he won the Canadian Oldtimers divisional championship. On the ice or on the lacrosse floor, Eddie was a fierce competitor who battled hard for every game, often physically fighting his way to the win. This competitive spirit was developed in his childhood, according to his lifelong friend Colin Adams of Midland. “Eddie hated to lose. I think it came from his childhood. His mother was a single parent and they didn’t have much money,” recalled Mr. Adams. “His morn owned a cow and he had to walk that cow every morning to a field on Ellen Street to let it graze. Every kid who saw him teased him unmercifully. I think that made Eddie want to win respect in other ways.” Those other ways often turned out to be on the ice. His talent and drive Look him all around Canada and the world in his hockey career. Bolan played as a pro in the American Hockey League with the Hershey Bears. As an amateur, he had stops with the St. Michael’s Buzzers and Guelph Biltmores in the junior ranks, and with the Baggotville, Quebec and Glace Bay, Nova Scotia senior teams. He also played a year in Glasgow Scotland and in Marathon. He also coached the Midland midget team of 1948-49 to the Georgian Bay hockey championship. He also coached the Elliott Lake Vikings Jr. A team while he worked in that city. As a lacrosse player, Bolan also saw action with the famed Fergus Thistles as well as the Hamilton team. However, there was another side of Eddie Bolan. While he was hot-tempered and hard-nosed as a player, off the ice he was different. He met and married his wife Madeleine while playing hockey in northern Ontario. He was a devoted family man who cared about young people. He became involved in recreation and served as the recreation director in Marathon, Ontario (1955-65), Elliott Lake (1965- 72) and Nickel Centre (1972- 89). Mr. Bolan died of cancer in 1989, leaving his widow Madeleine, sons David and Rick, and daughter Kelly Another son, Peter, predeceased him. He will be remembered as great team player who did everything he could to help his team win. 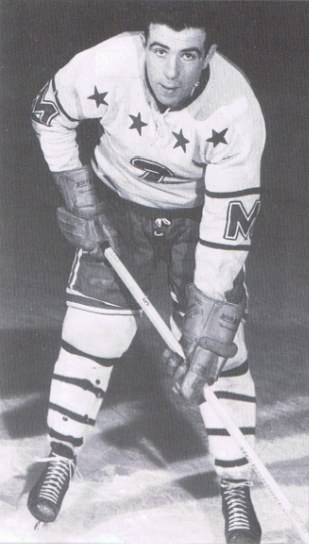