Danny Wood, a familiar face to those who frequent the Midland Arena, has been in the hockey business longer than he would like to admit. In 1964, barely into his 20s, Danny started as a trainer with the Jr. A Kitchener Rangers who were then playing under coach Emile Frances. It was the start of a journey through the pro hockey world that would eventually see him return to Midland with a wealth of stories and memories. After leaving the Rangers, he made appearances with the Johnstown Jets of the International League, the Central Division’s Memphis (Tenn.) Red Wings, and the Calder Cup-winning Pittsburgh (Pa.) Hornets in 1966-67. Theo it was on to the National Hockey League, starting with the Los Angeles Kings under coach Red Kelly. That was followed by a stint with the St. Louis Blues and coach Scotty Bowman. He returned to the Central League in 1972 with the Oklahoma City Blazers, aod closed out his journey with the Kansas City Scouts in 1974. Danny was also an outstanding baseball player, suiting up for the Midland Indians during their championship run. He also served on the Midland Minor Hockey Association board for more than a decade. If you want to hear some of Danny’s stories, you don’t have to stray too far. He runs the pro shop at the Midland Arena, where all players, young and old, can expect top-notch service, a good deal, and a look behind the scenes of pro hockey. 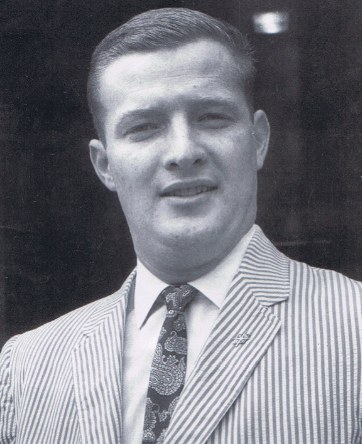