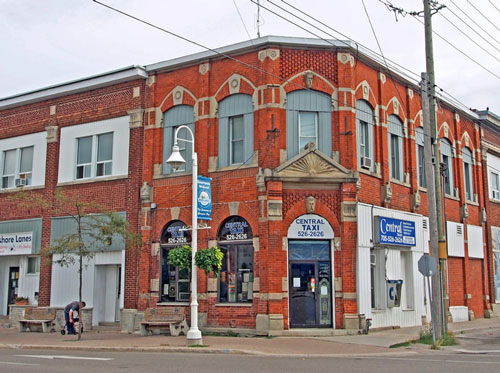 5 pin bowling is a truly Canadian game as it is only played in Canada, therefore if you win a Canadian championship you are also the world champion.

The Midland Bowling Academy was first opened after World War II as an 8 lane centre in the Playfair Preston Building located at the corner of King and Bay Streets. The centre offered 5 and 10 pin bowling using school kids as pin boys to reset the pins. Interestingly 5 pin bowling is a truly Canadian game as it is only played in Canada, therefore if you win a Canadian championship you are also the world champion.

Stan Brooks owned the centre and installed automatic pin setters in the early ‘70’s. The building changed ownership twice in the 1970’s with one of the new owners purchasing 12 used 10-pin lanes that was brought to Canada from Japan and installed over the original 8 lanes. It was about that time the name was changed to the current Bayshore Lanes.

Long-time avid bowler Dennis Brabant purchased the lanes in 1984 and together with his wife Pauline and their four daughters, have managed the centre ever since. For over 40 years a youth bowling league has existed in association with Bowling Proprietors Association of Canada.

​At its peak the league hosted over 200 youths participating in a weekly program ranging from 3 to 18 years of age. Bayshore Lanes is proud of its youth league accomplishments with many competing at the Zone, Provincial and National levels. The centre has produced five Ontario Youth Singles and four Ontario Youth Team Champions along with a junior girls’ team and a single bowler being previously inducted into the Midland Sports Hall of Fame. There are 135 zone banners showcased proudly above the lanes representing the amazing achievements over the past 40 years. To this day many of the programs youth bowlers have continued playing the sport into adulthood completing in both Ontario and National Championships. The centre has also been hosting the Saturday Special Olympics program for more than 25 years.

Over the years there have been many upgrades to the centre. Automatic scoring was installed in 1999 thus eliminating the need to keep the score on paper. In 2007 new synthetic lanes were installed to replace the original wooden lanes. The snack bar, kitchen and basement got a facelift and ‘black lights’ were installed to create a glow in the dark bowling experience. These upgrades have allowed the centre to host numerous youth and adult provincial tournaments including the 2016 Ontario Senior Games. 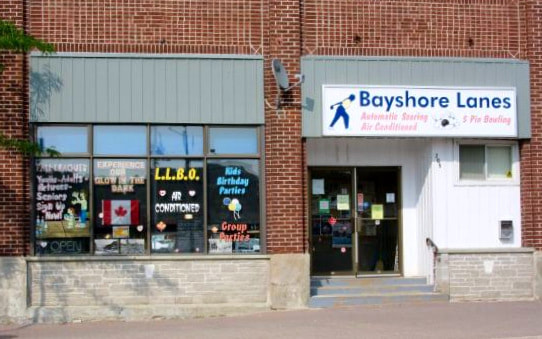