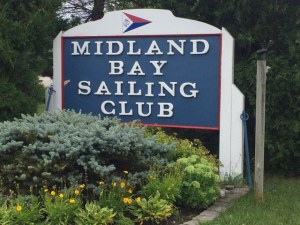 The inception of the Midland Bay Sailing Club came about because of a need for a specific venue in Midland Bay for likeminded sailing enthusiasts. The location was the proverbial ‘swamp land’ on the waterfront having been filled in with sediment from Georgian Bay over the past centuries. Old maps indicate that this site and the surrounding lands were once the lake bottom of Midland Bay which extended inland well past the current Sunnyside Road. More recent history saw the land used as part of a lumber storage yard for the former mill. By the 1960’s the town controlled the lands under the auspices of the Midland Parks Board.

A recreation study in 1973/74 concurred that a sailing club facility would augment the town’s recreational opportunities. In 1974 a lease was executed for a $1.00 per year recognizing that the MBSC would contribute the capital monies for the development of the facility which included clearing and stabilizing the lands, the development of the initial docking system and the erection of a club house. With the club members financially contributing to the overall construction along with some creative and personal financing the facility was born.

One of the lease commitments was that the club would accommodate a public boat launching ramp that was to be built by the town on the adjacent Pete Petersen Park lands. The outlet from the boat launch to Midland Bay would be through the lagoon on the south side of the MBSC property. The dredging of this lagoon and its subsequent maintenance was to be the sole responsibility of the MBSC.

Significant upgrades to create the facility and expenditures which included the initial dredging for the berthing basins and lagoon, the construction of the rock break wall, the members club house, the sailing school docks and boat purchases and the continuous dredging program have realized a financial commitment over the past 40 years in excess of 2 million dollars; all borne by the club members. The Midland Bay Sailing Club is proud of its success and looks forward to being a significant part of the recreational opportunities on the Midland waterfront. 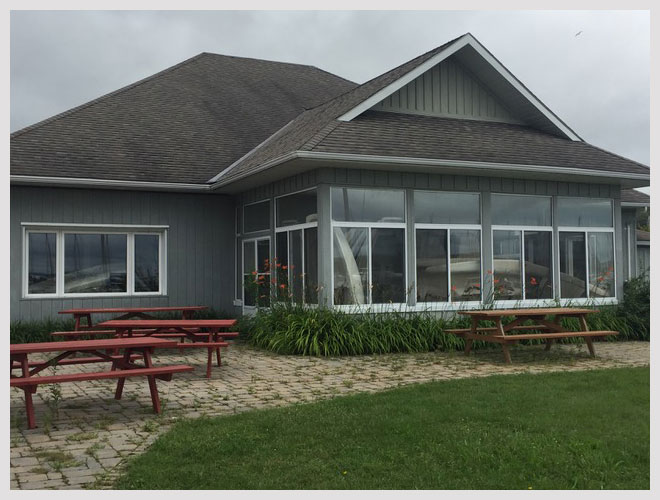 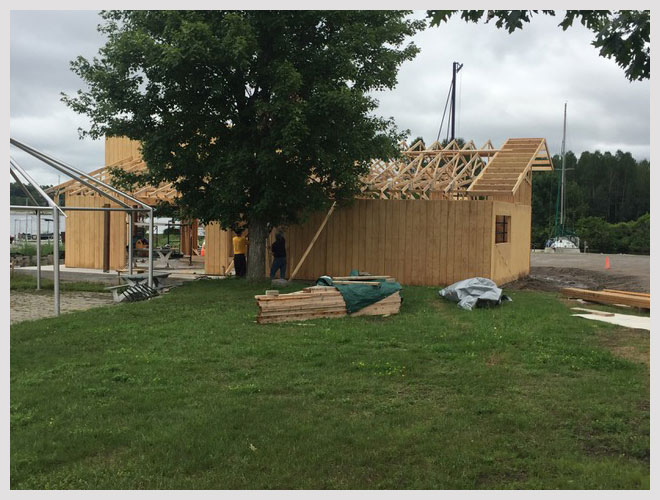