Midland’s ‘Mister Ski’ Pete Pettersen dies;’ mourned the large headline on the front page of the Midland County Herald. Not one, but two front-page stories detailed the accomplishments of the man whose legacy might have been even more impressive had a car crash not cut his life short on Nov. 4, 1964, at the age of 50. Ironically, he was on his way home from the Toronto ski show when he died.

Thorbjorn (Pete) Pettersen came to Canada as a trainee in the Royal Norwegian Air Force and later settled in Midland where he began sharing his love of skiing, particularly ski jumping. At the time of his death, the County Herald said, “many of Canada’s most prominent ski jumpers, including members of the Olympic team, have trained under the former Norwegian star.”

In 1955, Pettersen’s fundraising and vision paid off with the opening of an impressive facility that featured a full-sized 60-metre jump and two smaller jumps. “People of North Simcoe now have the newest and finest ski jump in all Canada right on their doorstep,” said the local paper.”There will be no trouble finding the new structure, which towers 110 feet above a high hill just west of the junction off Highway 27 and Balm Beach Road.”

Local, regional, provincial and four Dominion championships were held at the facility, the last just four months after its founder’s death.Thousands attended these events, on occasion necessitating the assistance of provincial police and personnel from Base Borden to help with traffic and crowd control. Pettersen even arranged, in the summer of 1957, to have thousands of pounds of ice brought in, then machined into artificial snow, for a promotional event. While an artistic success, it was less so financially. Three years after his death, the jump was torn down. Perhaps the most significant single initiative Pettersen accomplished, other than building his ski-jumping facility, was when he arranged to bring Finnish ski-jumping star Kalevi Karkinen to a meet in Midland. “It was Karkinen, more than any other person, who revolutionized ski-jumping style in Canada,” it was reported at the f me, “thanks to Pettersen’s efforts in bringing him here.”

Shortly before his death, in recognition of his abilities, he was presented with the FIS (Federation Internationale de Ski) certificate, making him eligible to judge ski jumping at all levels, including the Olympics.

“Because Pete was a local man, many Midlanders did not realize just how much work he had done in making this town the centre of ski-jumping activities in Eastern Canada;’ said his friend Budd Watson at the time of his death.

In addition to his place as an honoured member of the Midland Sports Hall of Fame, his memory is commemorated by Pete Pettersen Park on Marina Drive in Midland. 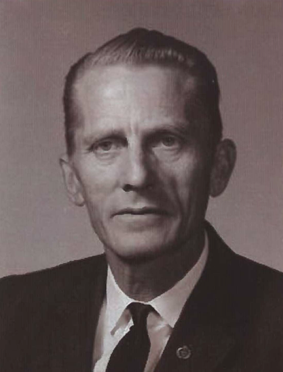