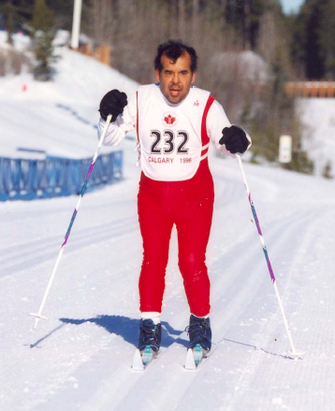 While Keith Sandy has participated in Special Olympics since 1980, his move to Midland in 1987 gave Keith a chance to expand his athletic career. As a member of the Huronia Special Olympics organization, Keith was a very active athlete participating locally, regionally and nationally in 5-pin bowling, soccer, floor hockey and softball. In 1991 he was a member of the Midland Civitan Hawks softball club that competed at the provincial softball championship in Sturgeon Falls. But the sport that he really excelled at was Nordic skiing.

Under the guidance of his local coach Jean Orr, Keith trained long and hard at the Wye Marsh and at the Mountainview Ski Trails. In 1991 Keith participated in three Nordic events (200m, 400m and 800m) at the Ontario Special Olympic Winter games which were in North Bay, Ontario.

The following year Keith traveled to Saskatoon, Saskatchewan to participate in his first Canadian Special Olympic Winter Games. At these games, Sandy medaled three times in Nordic events; winning gold in both the 400 metre and 800 metre events and silver in the 100 metres. These results earned him an invitation to attend the 1993 International Special Olympics Winter Games in Salzburg, Austria.

In Austria, Sandy won a Bronze medal in the 1kilometre event, placed fourth in the 3 K event and fifth in the 500 metres event. Following the games Keith’s coach Jean Orr was quoted “When you work with a person for so long, you almost become them. And it’s so rewarding to see them go out and accomplish something at this level”.

At the 1996 Canadian Special Olympic Games in Calgary Alberta, Keith medaled four times: silver in the 800 metres and bronze in each of the 400 metres, 1 kilometre and the relay.

Keith’s third Canadian Special Olympics was held in Ottawa, Ontario and his fourth and final Canadian Games appearance was in Charlottetown, PEI. At these games he skied to a bronze medal in the 1 kilometre event.

During his career, Sandy also participated in 5 Ontario Special Olympic Games and many more regional competitions. Keith retired from active competition in 2004. 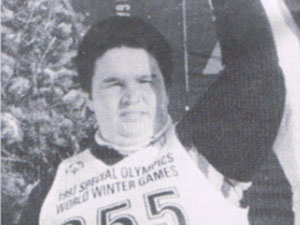 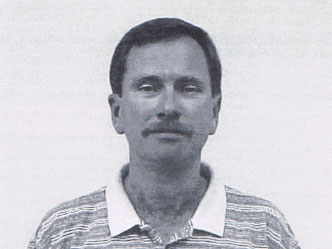