Midland’s best-known fastball manager is actually least remembered for his finest achievement. When reviewing the career of Gilbert (Gibb) Ormiston, most people would recall a stellar play, his fiery demeanour, or his record of building winning teams. Yet, undeniably, his defining moment came much earlier when he was instrumental in bringing fastball back to Midland in the late 1970s.

Following the destruction by fire of the Midland Arena Gardens in 1976, the dimensions of the playing field beside it were shortened to accommodate fastball. Gibb formed a sponsor arrangement with businessman Jim Meridis, owner of a local banquet facility, and started forming what would become the Midland Athenian Raiders fastball dynasty. Gibb was the field manager in 1980, 1981, and 1982, when the team captured three straight Simcoe Rural Fastball League championships.

Thursdays became “fastball night” in Midland. Fans filled the bleachers and the standing-room area along the left-field line. Ormiston was at the forefront of everything, even fund-raising when he took a brief sabbatical, before returning to his on-field duties in the mid-1980s. At this time he was at the helm of the renamed Midland Stoneleigh Firebirds. As the 1980s wound down, he decided it was time for him to close the managerial chapter of his career.

In addition to his other accomplishments, Gibb handled the Midland Civitans Midget team in the early 1970s and guided the Wyebridge Warriors to consecutive SRFL titles in 1976 and 1977. He was a director of the Midland Minor Baseball Association and was a respected local umpire. 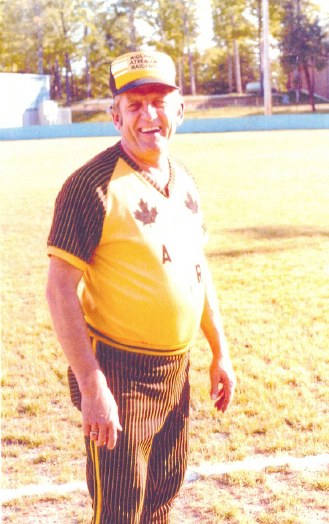 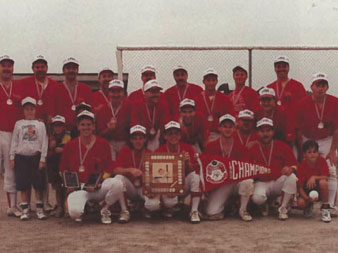