Gary Miller was born and raised in Midland and played all of his minor hockey in the Midland Minor Hockey system, which in this day and age is a rarity for players who eventually play professional hockey. The Atom, Pee Wee and Midget Teams that he played on won Silver Stick Tournaments both locally and at the International level. Those teams were also successful at prestigious tournaments hosted in Parry Sound, Lindsay and the Penetanguishene’s Winterama Bell Canada sponsored event.

Gary’s outstanding play caught the attention of the hockey scouts and after a successful Pee Wee season in Midland Minor Hockey he suited up in the 1987/88 Season as a 15 year old for the Orillia Travelways Junior ‘B’ Team of the Central Ontario Junior Hockey League. The following season he was playing for the infamous coach, Bert Templeton of the North Bay Centennials of the Ontario Hockey League.  After 187 games over four years with the ‘Cents’, Gary was traded to the Kitchener Rangers so they could bolster their defence as they were making a run for the Memorial Cup in the 1991/92 Season.   Additionally, in June of 1991 Gary was drafted by the Toronto Maple Leafs, in the National Hockey League Draft and attended their training camp, but was returned to the OHL for seasoning. In an interview afterwards with Brad Lyon he confessed that he almost left the draft when his name wasn’t called in the early rounds, but his sister convinced him to stay and when his name was called, he was ‘on cloud nine’.

In the 1992/93 Season, Gary started his professional hockey career by suiting up for the Minnesota Iron Rangers of the American Hockey Association, but later that season moved up to play for the Chatham Wheels of the Colonial Hockey League. In the following years Gary also played two seasons for the St. Thomas Wildcats, one season for the London Wildcats, two seasons with the Utica Blizzard and two seasons the Port Huron Border Cats all in the Colonial Hockey League. In 1995/96 while playing with the Blizzard he did get a brief call up to the St. John’s Maple Leafs of the American Hockey League. Gary retired from professional hockey after the 1998 Season and returned to Midland, got married and became a successful businessman. 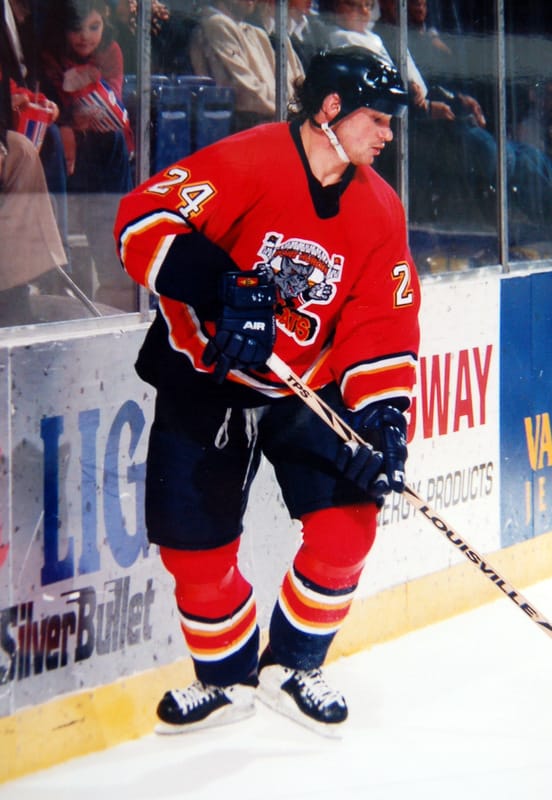