For over half a century Charlie Noquet has been covering the local sports scene and doing it with a style and enthusiasm that is unrivaled in the area. Charlie, or Chuck as many know him, started his writing career as a cub reporter with the Chicago Tribune back in the 1930’s. One of his jobs was to accompany the senior sports writers to the Chicago White Sox games to help however he could. Charlie remembers that he did more than help at times. “Lots of times we’d go to the games, the writers would get drunk on the free drinks in the press box and I’d write the game stories. They’d still get the bylines, but I’d write them,” he said recently. He remains a die-hard fan of the Bulls, White Sox and especially the Blackhawks. He started as a sports reporter locally by ghost writing a column called SportLights for a man named Reg Vospar. When Mr. Vospar’s regular job got to be too much, Charlie took over the column and then was hired full time by the Midland Free Press. He has, since that time, done freelance work for the Free Press, the Midland Times and the Toronto Star. He continues to cover local sports to this day. Since he’s been writing sports around Midland, everyone else has seemed like a cub reporter compared to his wit, his poetic style and his honesty in reporting. He says that Milt Dunnell, who formerly wrote for the Toronto Telegram and Toronto Star, was one writer who he admired. Charlie says that he has covered several events which, in retrospect, are the highlights of his memories. Included in that list is the 1949 OHA Intermediate hockey series between Midland and Collingwood. It started as a best-of-five series but went to a nine-game affair before Midland ‘von it. Charlie also lists the Midland Red Wings provincial Jr. C championship season and the Midland Indians championships of the mid-1960’s as other highlights. His favourite character over the years was easy. “Jack Hendrickson was easily the best character. He was just a great natural athlete. He did everything so effortlessly. He was a great prankster and he always had fun when he played,” he said. He has covered a number of different events over the years, including baseball, hockey, football, soccer, fastball, track and field, and even remembered when there was harness racing in Orr Lake. He says that one of the most gratifying aspects of being a sports journalist has been the many long-standing friendships he has established. However, Charlie has been more than a sports writer. Perhaps this quote from his nomination best sums up what Charlie Noquet has meant to the local sports scene. “Chuck’s contributions to the community go far beyond just writing for the paper. At ballfields, hockey arenas and as an employee of the parks commission at Little Lake Park, his decency and integrity have been a model for generations of town youth.” 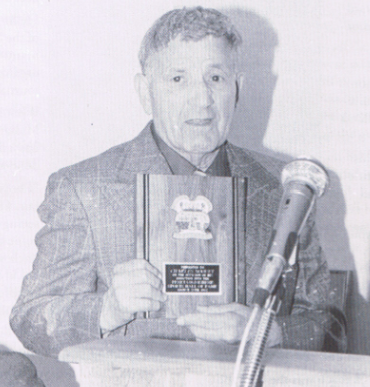 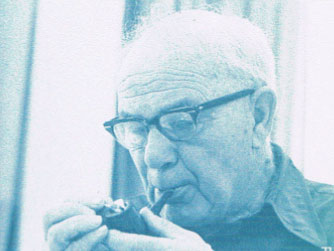