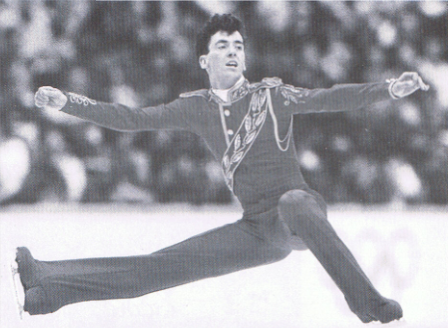 Brian Orser can quite credibly be called the greatest freestyle figure skater of all time. His list of accomplishments as a figure skater, both as an amateur and as a professional, attests to that. He won the Canadian Men’s title eight consecutive times from 1981 through 1988. It is a feat unparalleled in Canadian Figure Skating Association history. He was born in Belleville on December 18, 1961. Shortly after that, the Orscr family moved to Midland. Shortly thereafter Brian was discovered by a young coach named Doug Leigh. Figure skating started out as a way to improve his hockey ability, but it became his passion and his destiny. He was clearly born to fly. In 1979 he was the first skater to execute the jump that became his trademark, the triple axel. It gave him the CFSA Junior Men’s title, and from there he leaped into the world spotlight. Until 1984, Brian was the only man to land the jump with precision. He was the first man in Olympic history to land the jump in Games competition. He won the World Figure Skating Championship in 1987. He was twice the silver medallist at the Winter Olympics (Sarajevo 1984 and Calgary 1988). Had it not been for the presence of compulsory figures at national and world competitions, Brian’s resume of titles would be even greater. He won both the short and long freeskate portions of the 1984 Olympic figure skating competition, but ended second to American Scott Hamilton because of a seventh-place finish in the “compulsories”. He never finished lower than second in amateur competition from 1983 to 1988. It was in Cincinnati, Ohio that Orser reached the pinnacle of figure skating when he won the World Championship over American Brian Boitano. This set the stage for what many skating enthusiasts call the greatest night of skating ever at the 1988 Winter Olympics in Calgary The “Battle of the Brians” saw Boitano edge Orser by the slightest of margins to win the Olympic gold. “Our Brian” had to settle for silver again. This near-miss prompted Brian to execute what might have been his greatest display of skating. At the 1988 World Championships, Brian again finished second to Boitano, but his dazzling long program earned him three perfect scores of 6.0 from the judges. Brian retired from the amateur ranks after those competitions, but he continued to reap championships as a professional, including the 1989 Jeep title and the 1994 Professional Skater of the Year award presented by American Skating World magazine. His list of non-competition citations is equally impressive. He was awarded the Order of Canada, the Order of Ontario and is a member of the Canadian Sports Hall of Fame and the Canadian Figure Skating Hall of Fame. Brian runs his own production company and has garnered major awards for his work in that field. He won an Emmy Award for his role in “Carmen on Ice” and has won Canada’s Gemini Award for his television special “Night Moves” and “Blame It On The Blues”. Brian also stars in the touring professional skating show, “Stars on Ice” and has produced numerous benefit skating shows which have dazzled audiences around the world. Brian’s artistry flair and dramatic approach to his beloved sport have earned him a place in the annals of figure skating, sports and in the hearts of his multitude of fans. 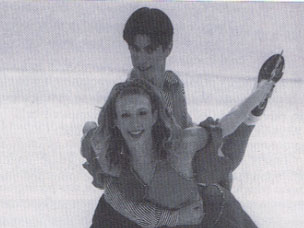