The Deschamps name is widely recognized in the Midland area, and for good reason. Bernard (Bunn) Deschamps earned widespread respect and appreciation because of his playing ability as well his selfless devotion to coaching and managing hockey and baseball teams.

He must have been proud of how his son, Bernard (Buzz) Deschamps, carried on the family tradition.

Buzz learned his on-ice skills playing minor hockey in Midland and then played for the Junior C Penetang Hurons. A reliable point-producer at all levels, Buzz moved to the Sudbury Wolves of the Ontario Hockey League in 1959-60, where he was drafted by the New York Rangers.

His first stop was the Indianapolis Chiefs of the International Hockey League where he tallied 60 goals and 104 assists. In two years with the Long Island Ducks of the Eastern Hockey League, he totalled 94 goals and 101 assists.

In the 1964-65 season, he split his time between the Baltimore Clippers of the American Hockey League and the St. Paul Rangers of the Central league before moving to the Los Angeles Blades of the World Hockey Association. He continued his remarkable point production at that level as well, notching 155 points in two seasons.

A move to the AHL’s Providence Reds followed in 1968. After scoring 19 goals and 38 assists, he was drafted by the Los Angeles Kings, but chose to retire. He briefly returned to the ice in 1973 to skate with the Long Island Cougars.

In an effort to keep his father’s name alive and to give something back to the community, Buzz founded the Bonn’s Kids organization. With the help of many local residents, this group has raised tens of thousands of dollars to assist underprivileged youngsters, many of whom might not otherwise have the chance, to play sports. 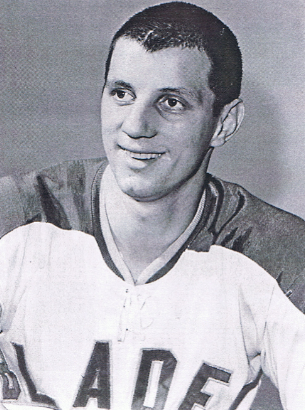