A local name has become a very common one in the world of Canadian curling: Russ Howard. The road to Torino, Italy and the 2006 Olympic gold medal for curling began in Midland in 1956. Along the way, Russ not only has re-written the curling record book but has also led the charge to change the curling rule book. The introduction of the free guard rule, which has made the game more interesting, entertaining and challenging, will be a lasting tribute to Russ Howard’s contribution to the game of curling.

The 1976 Colts – a competition for curlers with fewer than seven years of experience – was Russ’s first provincial championship. Russ, along with Jim Clark, Lindy Hurlbut and Kent Carstairs, brought the banner back to the Midland Curling Club where it hangs to this day. For the next three decades, the numbers speak for themselves:
• World championships in 1987 and 1993
• Two Canadian Curling championships
• Record-setting 15 Brier appearances and 107 wins
• Eight Ontario championships

Its no wonder that Howard had been voted Canada’s best curler of the half century.

Now a resident of Moncton, New Brunswick, Howard added to his extensive list of curling titles this past February when he teamed up with the Brad Gushue’s rink from Newfoundland to win the gold medal in men’s curling at the 2006 Winter Olympics in Italy. Yet with all his curling honours, Howard remains humble and continues to embrace his Midland roots. On March 21, 2006, the Town of Midland hosted a parade and reception for Russ.

On March 21, 2006, the Town hosted a parade and reception for Russ. Which “This is incredible!” exclaimed Howard to the more than 800 local residents who crammed into the auditorium at the North Simcoe Sports and Recreation Centre to welcome home the Olympic champion. Always one to recognize the support of family and friends, Russ paid tribute to his mother Barb, his late father Bill, who taught him to curl and golf. He also had special words for his brother Glenn.

“I will always be grateful to Glenn for raising my level of play and raising the play of the rest of the team to world-class status.” Kind words, from a great champion!

On March 21, 2006, The Town of Midland hosted a parade and reception which was attended by hundreds. 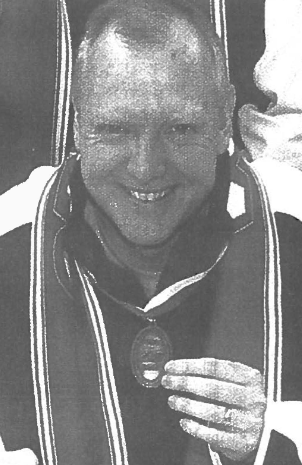 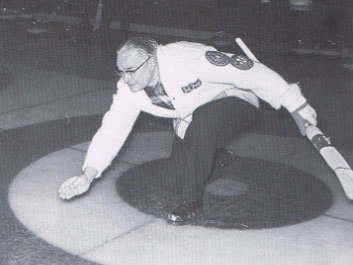