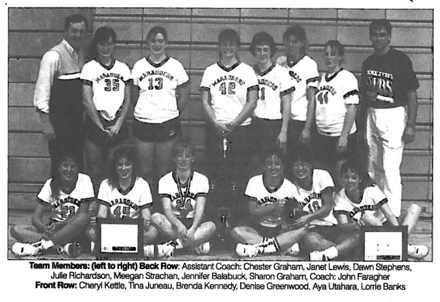 The 1990-91 Midland Secondary School Senior Girls Basketball Team was destined to be a Hall of Fame squad.

During the five years the core of the team was together, starting in Grade 9, the girls qualified for the Georgian Bay Secondary Schools Association championships every year, and won the title four times. In four years of playing together (one year of junior and three years of senior), they did not lose a single league game. In what was the final season for most of the players, they lost in the quarter- finals of the Ontario Federation of Secondary Schools Association Championships by a mere four points. They were respected and feared opponents at tournaments throughout central and southern Ontario.

A local sports editor, when asked to identify the highlight of his 10 years in Midland, singled out the moment when the Marauders won the GBSSA to move on to OFSSA. “The girls congratulated each other, with the usual screaming and hugging,” he wrote. “Then they did something very special which very few people probably even noticed. They all embraced team coach John Faragher.

It was obviously a very emotional moment, having won a championship, but it was also a special moment where the girls showed how much of a team they really were.” Their heroics ex-tended south of the border as well. Invited to participate in the 1990 Encore International Holiday Classic in Tucson, Arizona, the girls spent 18 months raising the required funds. The tournament included 36 teams from North America, Germany and Australia.

After sweeping all three pool games, the Marauders faced the tournament’s No. 1 seed from Richmond, B.C., in the semi-final. With two seconds left, Midland trailed by two but a late foul put Brenda Kennedy at the line and her two successful shots forced overtime where the Marauders prevailed, 55-50. In the championship game against Juneau, Alaska, Midland trailed by 12 at the half, but Janet Lewis tied the score with a minute to go, and they went on to win 56-49. Denise Greenwood was named tournament MVP and, of the six tournament all-star selections, three were from Midland: Greenwood, Kennedy and Aya Utahara.

At the closing ceremony, when officials could not locate the music for our national anthem, the girls stood and sang 0 Canada without musical accompaniment.

“Not only did the MSS ladies put Midland on the map because of their talent,” one nominator wrote, “but also for their demeanour. Countless coaches and officials commented on the conduct of the Midland players. In even the most stressful circumstances, they remained cool and level-headed and displayed a level of maturity that reflected well on the small Canadian town they hailed from.” 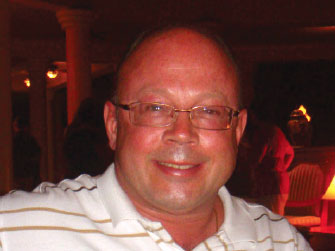 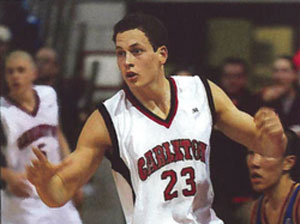