Jeff Bowen has been an institution on the Midland Junior “C” and recreational hockey scene for over 25 years. Back in the mid ‘80’s Jeff showed up at the Midland Centennial Junior C Hockey Team training camp and asked for a job. The then general manager, Tom Garner, said they need a stick boy and that started him on a course which is still going into this decade. Jeff worked hard and took great pride in managing the stick rack and the filling of the water bottles for the home games. Jeff became an institution with the team and it was gratifying to watch as at each training camp the returning players greets him as a long lost friend. Jeff’s influence extended beyond the team as he charmed the players’ girlfriends and they kept him in a steady supply of cokes, candy bars and pepperoni meat sticks.

Jeff’s athletic endeavours were of curious interest with the players and when he announced that he was playing in one of the regional floor hockey tournaments that were held in Midland. Many went to watch and support him and when they couldn’t make it to a game they always asked him of the outcome. Jeff was a bowler and late Friday afternoons was his regular league time. When the games ran late Jeff would show up at the rink somewhat late to a chorus of good natured ribbing which was quickly silenced as Jeff would proudly produce the score card and show them his strikes and scores. The ribbing usually turned into back slapping congratulations. It then became a common occurrence that some of the players dropped into the bowling lanes to watch Jeff and his friends bowl.

As Jeff continued on with this first love for Junior hockey he in the late nineties also started to accompany the Midland Saints Oldtimers to their
hockey tournaments. Once again he took over the bottle and stick duties and he was often listed on the game sheets as the ‘Coach’ so that if they won anything, he would sure to get his share. Jeff annually accompanied the Saints to the Bracebridge tourney where bunked in with a few of the guys.

Jeff is at the rink for all levels of hockey. He is in Midland on Monday nights for the recreation league where he fills all the team water bottles for a nominal fee. Equally on Sunday mornings he is a presence at the Penetanguishene Arena where not only is he listed as a coach on a team, but he has the same water bottle filling enterprise going.

Jeff is still encountering some players that started out playing junior hockey many years ago, except now he is meeting them with their wives and children. In 2009 Jeff was honoured by receiving the Award of Merit from Mayor James Downer of the Town of Midland. In November of 2009 the current Junior “C” Hockey team staged a pre-game on ice presentation to recognize Jeff’s contribution to junior hockey over the decades. This is a testimony to the subtle influence that Jeff has had on all who have met him. He has unwittingly imparted a social tolerance to those young
men and women and opened them to a world of acceptance; after all when Jeff Bowen is around, it is hard to feel sorry for yourself! 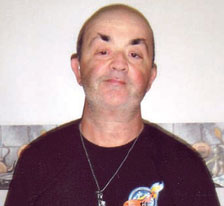