Anyone looking for an example of Harold ‘Mac’ McAllen’s dedication to his job need look no further than the night of July 28, 1978. The Midland Arena Gardens was engulfed in flames and McAllen led the firefighters into the inferno to shut off the controls for the ice plant, thereby ensuring that the stubborn battle didn’t become any worse than it was. McAllen remained on site all night as the firefighters brought the stubborn blaze under control. Mac played a key role in the efforts to replace Midland’s recreational treasure. His support for the rebuilding initiative included playing a key role in the community fundraising effort that ensured Midland’s youth would have a hockey and figure skating home

McAllen was the Town of Midland’s Parks Manager for a total of 33 years beginning in 1948. In the early 1B8Os, Mac was also given responsibility for the day-to-day management of Midland Arena Gardens. During his tenure as parks and arena manager, he oversaw the development and expansion of Midland’s parks and recreational facilities. With Little Lake Park as the jewel of the parks system and the arena as the cornerstone of the town’s recreation facilities, McAllen worked to develop new parks, ball diamonds, tennis courts, volleyball courts and out- door rinks. McAllen’s interest in recreational activities was not limited to his day-to-day work responsibilities.

As a volunteer, he served for many years as s member of the executive of the Midland Figure Skating Club, as well as an executive member of Midland’s intermediate and junior hockey and base- ball teams. During the 1B5Os and 1B8Os, McAllen also served as secretary-manager and icemaker at the Midland Curling Club. McAllen’s influence on recreational facilities reached beyond the Town of Midland. He was a dedicated member, officer and president of the Ontario Arena Association [now the Ontario Recreation Facilities Association).

A Life Membership in this association was awarded to McAllen in 1981 recognizing his leadership in the professional development, awareness and enhancement of recreation facilitation. Following McAllen’s retirement, his interest in Midland sports and recreation continued. As a member of the Midland Park’s Board, he became a prominent advocate for the preservation of Little Lake and as Midland’s loudest sports fan, he vociferously supported Midland’s baseball and hockey teams.

“Mac was a true champion of Midland’s sports facilities,” said Dave Carpenter, a past chairman of the Midland Parks Board. “He believed that everyone, young or old, organized teams or pay-as-you-go groups, should have access to Midland’s facilities. To that end, Mac made sure that all of the town’s facilities were safe, clean and on the whole a true representation of what Midland stands for: family, community and excellence.” 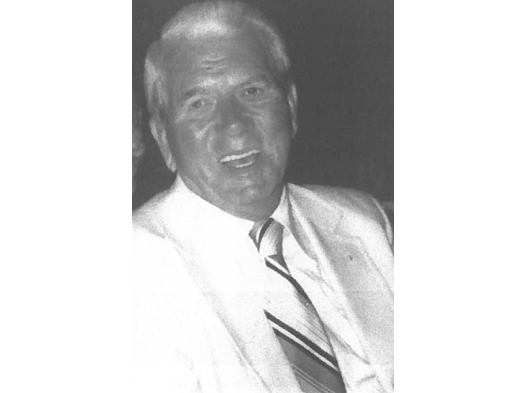