From1957 to 1975, the YMCA on Hugel Avenue was personified by Lloyd Stackhouse. While Lloyd’s official title was physical director of Midland YMCA and waterfront director of Camp Kitchikewana, he was so much more than that to everyone from the five year old doing their first somersault to the teen who just wanted to hang out and play ping pong. In every way, Lloyd dedicated his life to the youth of the community. Lloyd came to Midland from the East Coast of Canada, having begun his association with the YMCA as a member and leader at the St. John New Brunswick YMCA. In 1955, Lloyd was a recreation specialist with the RCAF at Portage la Prairie, Manitoba and then he returned to the East Coast in 1 956/1 957 to attend teachers’ college in Fredericton where he excelled in the physical education program.

At the YMCA, Midland youth were provided with the highest quality gymnastics, basketball and other athletic programs. His annual ‘Star Dust’ gym shows continue to be the source of many great memories. Lloyd gave his Friday and Saturday evenings to chaperon dances for young teens.

Lloyd used athletics and recreation activities to build leaders not only for the YMCA but also for the community. Members of his Leaders Corps were given classroom training, on-the-job coaching, and support and counselling to be responsible members and leaders in the community. Many of the youth who learned their leader-ship skills at the Y under Lloyd’s watchful eye went on to post-secondary education and have become physical educators and community leaders. Lloyd joins a number of them as a member of the Midland Sports Hall of Fame. With Lloyd’s leadership, Midland’s Y reached out to remote communities in the far north. Teams of Midland youth travelled to the James Bay area to teach gymnastics and leadership. In doing so, team members were given an opportunity to travel, to experience another culture and to develop their own leadership skills.

This connection to the north was what took Lloyd away from Midland in 1975 where he worked first as a recreation co-ordinator for the Department of Indian Affairs and then for the Grand Council of the Crees. For health reasons, Lloyd left the north in 1985, returning to his roots in Midland where he died in 2005. An outstanding athlete in his own right, excelling at gymnastics, basketball, and baseball, Lloyd will most be remembered as a builder of leaders. His legacy is best described in his own words in a letter that he wrote to his friends in Moose Factory, “The youth of today, meaning you, will be the future leaders of tomorrow. People like myself and many others have given of ourselves to assist you in growing more spiritually. mentally and physically so that you will take your place in society and become the best type of person God would have you be.” 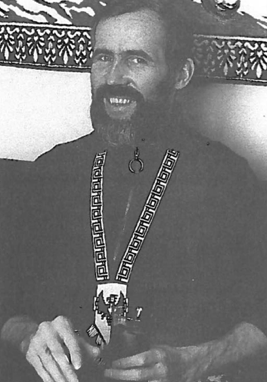