When Ed Hunt began mountain biking in the early 19905, few people realized it was a competitive sport. Through his success and profile, Midland and area now boasts some of the top mountain bikers and races in the province. His passion and personality led directly to the formation of local weekly races and Ontario Cup championships.

He notched three victories in 1994: the 24 Hours of Indiglo (solo), the World Cup Downhill, and the Canada Cup Downhill.The win in the 24 Hours of Indiglo was the first time anyone had competed in the grueling event solo, which stunned the organizers. “They just thought I was a crazy kid,” he told the Midland Free Press in 2008.1 had, in my 17-year-old wisdom, come up with the idea to try it on my own.”

During his professional racing days, he was a member of three factory teams: Cyclepath, Norco and GT. In 2008, in recognition of his accomplishments and advocacy of the sport, he was inducted into the National Mountain Bike Hall of Fame.

“I’ve always been one to test my limits and see how far I could go,” Ed told the Midland Mirror after his induction. “It’s interesting to see where some sweat equity gets you in life. It’s humbling to be honoured this way. Back then, I was just a young kid who just wanted to ride his bike.”

Ed, an accomplished alpine and cross-country skier who qualified twice for the OFSSA finals while attending Penetanguishene Secondary School and raced professionally, is also an avid motorsport enthusiast who has won four events at the Shannonville and Mosport tracks. His car-racing skills were featured on the Star Racer reality show on The Discovery Channel. 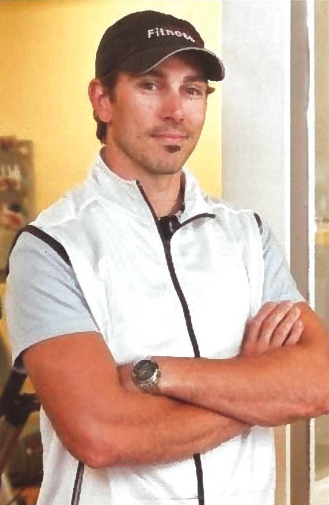