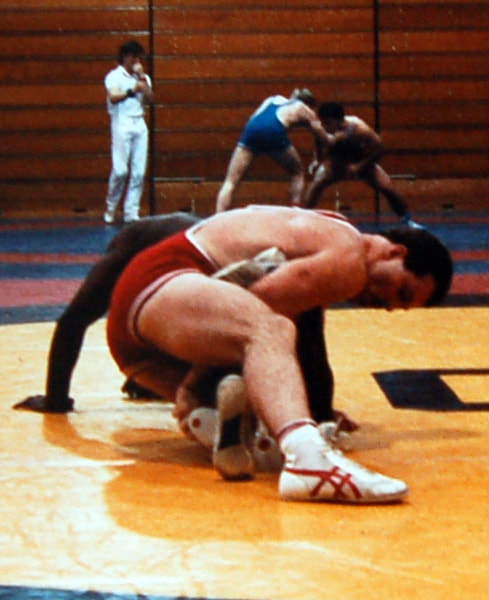 For Todd Clarke, contact sports started at home with three active brothers; his sense of competition and desire for excellence was born. Todd soon joined the organized sports of hockey, track, football, rugby, basketball and wrestling.
He excelled in all sports, then late in high school, he suffered a cranial aneurism for which the doctors gave him a 4% chance of surviving. Initial recovery was slow, but late in the next year after becoming GBSSA Wrestling Champion, he competed at the All Ontario Championships placing fifth.

Todd was always a leader on the teams displaying remarkable dedication and support for the younger athletes. After graduation, Todd went on to Sheridan College where he was captain of the Ontario Championship Football Team playing as a running back. While at Western University, Todd competed in wrestling as a member of the First Team at the OUA and CIAU Championships where he was an all-star and national medalist.

His coach recognized Todd as a team leader both on and off the mat. In International competition with the Great Plains Athletic Conference (GPAC) in 1984, he was champion, then repeated the following year as champion and tournament most valuable wrestler.
In 1984, Todd competed against the best in the province and became Ontario Open Champion, a feat he repeated in 1986. He was also the Toronto Open Champion that same year. In the CIAU, Todd was 4th in 1985 and won the Bronze in 1988. In the OUAA competitions, Todd was champion in 1988 and named to the First Team all-star roster.

Having finished his formal education, Todd began work with the OPP and competed in the 1989 World Police and Fire Games, winning his weight class in freestyle and the Silver Medal in Greco-Roman. At the 1991 World Police and Fire Games, Todd was the Greco-Roman Champion in his weight class.
Retiring from active competition, Todd coached wrestling at Banting Memorial High School culminating with his girls’ team winning the OFSSA Championship. As his own three children have matured, he has coached each of them in every year of hockey competition. Todd is most proud of his accomplishments as a supportive team member, his Banting Girls’ Wrestling OFSSA Championship Team and the teams he coaches with his three children. Todd instills his players with his sense of teamwork, fair play and dedication to excellence that he brought to each sport he played.
​