2006 – From the Sidelines – Getting to know the Inductees

Over the course of the past three months or so, I have had the pleasure of learning more and more about the rich sports history found with the Town of Midland. On Sept. 30, some of that history will be recognized in style and grace when the Midland Sports Hall of Fame stages its 2006 induction ceremony at the North Simcoe Sports and Recreation Centre.

This year, 13 athletes, builders, and teams will be taking their rightful place among those already enshrined in a hall of honour, found within the recreation centre.

A tip of the hat goes to the designers of the recreation centre and the town officials, who had understood the need for a proper sports hall of fame area within the North Simcoe centre. Considering most of us have short memories, we always remember the sports heroes and teams from five or 10 years ago. But we often forget those who blazed a trail in sports some 30, 40 and possibly 70 years before. If we want to properly honour our athletes, volunteers and teams. We must embrace and celebrate the past. When Midland’s Director of Recreation Services Bryan Peter first approached me in April about doing this project, I was admittedly more than a little nervous.

James Playfair journalism career has involved writing about every-thing from murders to major fires, to the World Series and the passing of ordinary citizens. But how do you do justice to people who have given blood, sweat and tears in pursuit of their ultimate sports goals? And in a community you have been working in for barely three years? A daunting task, but I soldiered on. Major thanks goes out to the people who took the time to submit background material on the inductees.

The information provided helped to paint great pictures of involvement in a multitude of sports. What stood out clearly within the information was the dedication to a chosen sport, regard-less of whether it was freestyle skiing, curling, basketball, hockey, cross-country running, rugby and many others. In only a short time, I’ve had a chance to get to know some of the 2006 inductees on a personal basis. People such as Sarah Burke, Russ Howard and Aaron Coutts.

I found all three to be extremely well-grounded individuals, intensely proud of their Midland roots. The more I read about them, the more I would have dearly enjoyed chatting with the likes of Harold ‘Mac’ McAllen, Lloyd Stackhouse, Ernest ‘Ty’ Arbour and a few others who have now passed from this life. I’d have loved to talk with Stackhouse about his love of the Midland YMCA, and also ask him about the time he scored 75 points in a basketball game.

Arbour played in the NHL during a time when goalies wore no masks, and rinks weren’t the major entertainment centres they are now. Few players even wore helmets. McAllen had a love for Midland’s parks, cultural buildings and recreational facilities which knew no bounds. When the much-beloved Midland Arena Gardens was ravaged by flames in July of 1976, he stayed up all night, watching the efforts of firefighters, probably saying a prayer the building could be saved. Stories and snapshots such as those jumped out of the pages of the nomination forms, each providing a look at athletes who clearly played for the sheer love of the game. It was a delight finding out more about the sporting community I feel more a part of with every passing day.

If you feel like enjoying a good meal and some entertaining sports stories, why not pick up a dinner ticket and join the fun on Sept. 30 at the North Simcoe Sports and Recreation Centre? It promises to be a evening of memories, and one a select group of athletes, builders and sports teams won’t soon forget. I know I’ll be getting a front row seat. 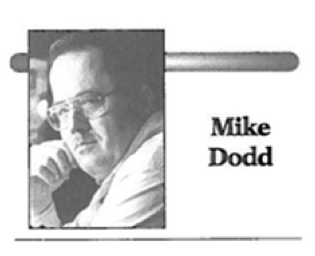