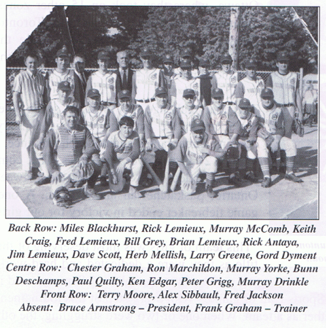 1969, when the Midland Indians won their second straight Ontario Baseball Association Intermediate A Championship, the team nicknamed “The Tribe” was in the midst of a baseball dynasty that some say began back in 1958. In this particular championship game at Midland’s Town Park, the winning pitcher was Gord Dyment who backed up his effort on the mound by knocking in both runs in a 2-1 victory over the Thorold Athletics.

Routinely, the Indians breezed through the South Simcoe league, one which featured teams from larg-er centres such as Barrie and Orillia. Their exploits during these glory years were regularly broadcast live by Torn Shields on CKMP radio so fans at home could cheer their heroes on.

“The Indians’ reputation as a championship team spread across Ontario,” said Torn Paradis, in nominating the Indians for induction into the Midland Sports Hall of Fame. “Opponents knew that during the 1960s, the path to the OBA Intermediate A crown went through Midland. The Indians were the big team in town. Home games were events, and fans were able to buy programs at them. The ultimate goal of minor baseball players in Midland was to some day make the lineup of the Midland Indians.”

Unfortunately, that 1969 Indians, club would be the last of the dynasty, and that title would be the last men’s fastball team from Midland to win a provincial title. Maybe their presence in the Hall of Fame will inspire another dynasty from our present minor baseball players. Who knows. 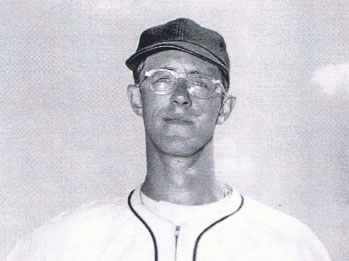 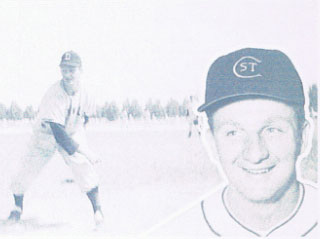 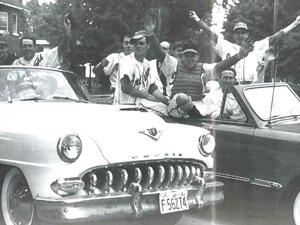